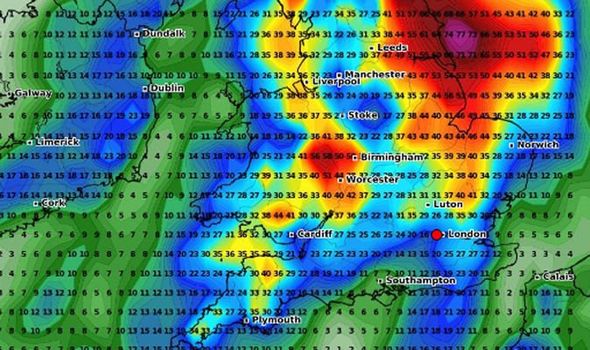 Four severe weather warnings have been issued for expected rains which will start around 4am on Monday and not finish until midday on Thursday. London and the South is set to experience the worst of the rainfall on Monday before the weather moves up North from Tuesday. But lighter showers are still expected across the whole of teh South until Thursday in a direct contrast to last June’s scorching weather.

Areas of higher grounds are expected to see 2.5 inches of rain in 12 hours as 40mph winds are set to batter the coastline.

Two major events in the North East were canned this weekend after overnight deluges on Friday ruined plans. The Durham Regatta and Seaham Food Festival are popular events in the community, but organsiers were left “devastated” after being forced to axe plans due to shocking rainfall. 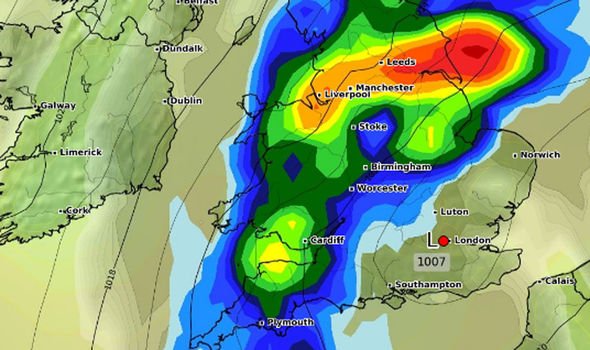 The Met Office has also revealed that “longer spells of rain” could be on the horizon, putting under threat some of the UK’s biggest summer events such as Glastonbury and Wimbledon.

BBC Weather said: “A few heavy showers or thunderstorms may move in. Tuesday looks like a rather wet day for most, with rain turning heavy rain along a slow-moving front. Some areas could see heavy rain for several hours.”

The Met Office predict that the heavy rainfall “could lead to local flooding” and that there was a “small chance” that some communities can become cut off by flooded roads. 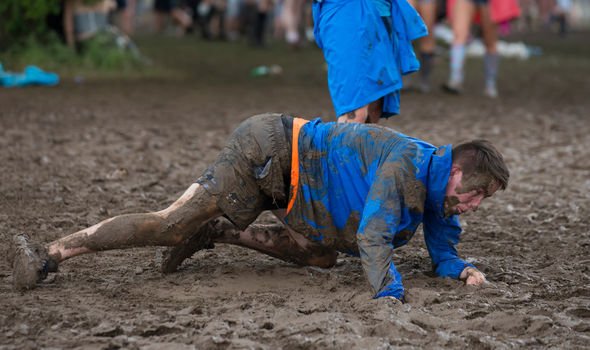 The agency advises drivers to allow more time to react to hazards to slippery roads, while also suggesting that drivers “think before driving through deep water” and not to stop in standing water.

Last June was the warmest ever recorded iin Wales and Northern Ireland as temperatures soared above 61 fahrenheit.

Summer 2018 was one of the warmest ever, with the Met Office declaring a heat wave that lasted from the end of June to the first week of August. It was the joint hottest summer on record, along with 2006, 2003 and 1976 which also saw prolonged periods of blistering heat.