Cassie Turner had little idea what to do after she gave birth to her first child.

She comes from a “broken background” with little parental guidance growing up, so becoming a mother was at times a bewildering experience. 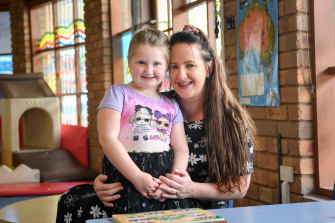 The early childhood support program in Benalla has proven life-changing for Cassie Turner and her four-year-old daughter Airlie. Credit:Justin McManus

“I wasn’t given the foundation of anything,” the Benalla mother-of-four said. “There was no parental connection. I lacked the basics of a strong family group.”

It was life-changing for Ms Turner whose children range in age from 14 to four.

“Today I can give my children what I didn’t have. They don’t need to live a hard life,” she said. “I’m the only one in my family to have a qualification, as a nurse. We’ve broken the cycle.”

The program is delivered by Benalla’s Tomorrow Today Foundation, which was created by local residents to overcome generational disadvantage by improving educational and workplace opportunities for young people.

But having relied on philanthropy for 10 years, the leaders of Tomorrow Today say this cannot continue and the programs may not survive in the long-term without state government funding.

They believe greater financial security is crucial and will allow their programs to grow even further and provide a model for community improvement that could be extended to other regional towns.

“The reality is that we can’t run the program to the depth it needs for long-term change if we don’t have a funding partnership with the government,” Tomorrow Today founder Liz Chapman said. 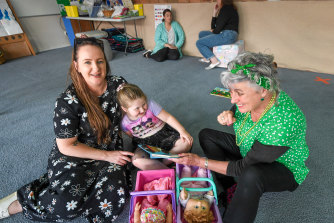 In 2007 Benalla was listed among the 40 most disadvantaged places in Victoria in a report by Jesuit Social Services.

But Ms Chapman said Australian Early Development Census results had shown consistent improvement since 2012, which she attributed to the work of Tomorrow Today.

“The approach that we took is now proven. We really are able to help the government find new ways to work with communities.”

Almost 470 families with 649 children have attended at least one term of PEEP between July 2014 and June last year. 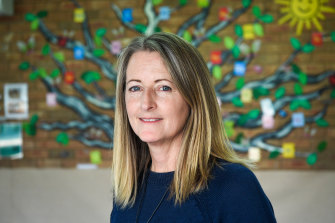 The foundation’s executive officer Rosie Koop said until now the programs had received just a few government grants. “We’re at a critical point. We need government funding to survive beyond 2021,” she said.

The foundation, which employs 10 people, is hoping to secure $675,000 in government funding.

Regional Australia Institute chief economist Kim Houghton said programs such as Tomorrow Today had much broader potential beyond Benalla because local communities often understood their own needs better than governments.

“In every community there are always a few people who are really skillful at stitching together programs to deliver what their community needs,” Dr Houghton said.

He urged governments to spend more time listening to local communities and acting on their concerns.

“The government now needs to provide support for that effort or we will lose a decade of hard work,” she said.

Tahlia Allen did the Connect9 program and said it helped open her eyes to local job opportunities. She is now completing a TAFE course in early childhood education.

“I didn’t really like school that much,” she said. “But going to TAFE and seeing the results made me feel amazing, knowing that I’m getting something right.”

Our Morning Edition newsletter is a curated guide to the most important and interesting stories, analysis and insights. Get it delivered to your inbox.