WHITE House deputy press secretary TJ Ducklo has been suspended for threatening to "destroy" a reporter who asked about his affair with a journalist. 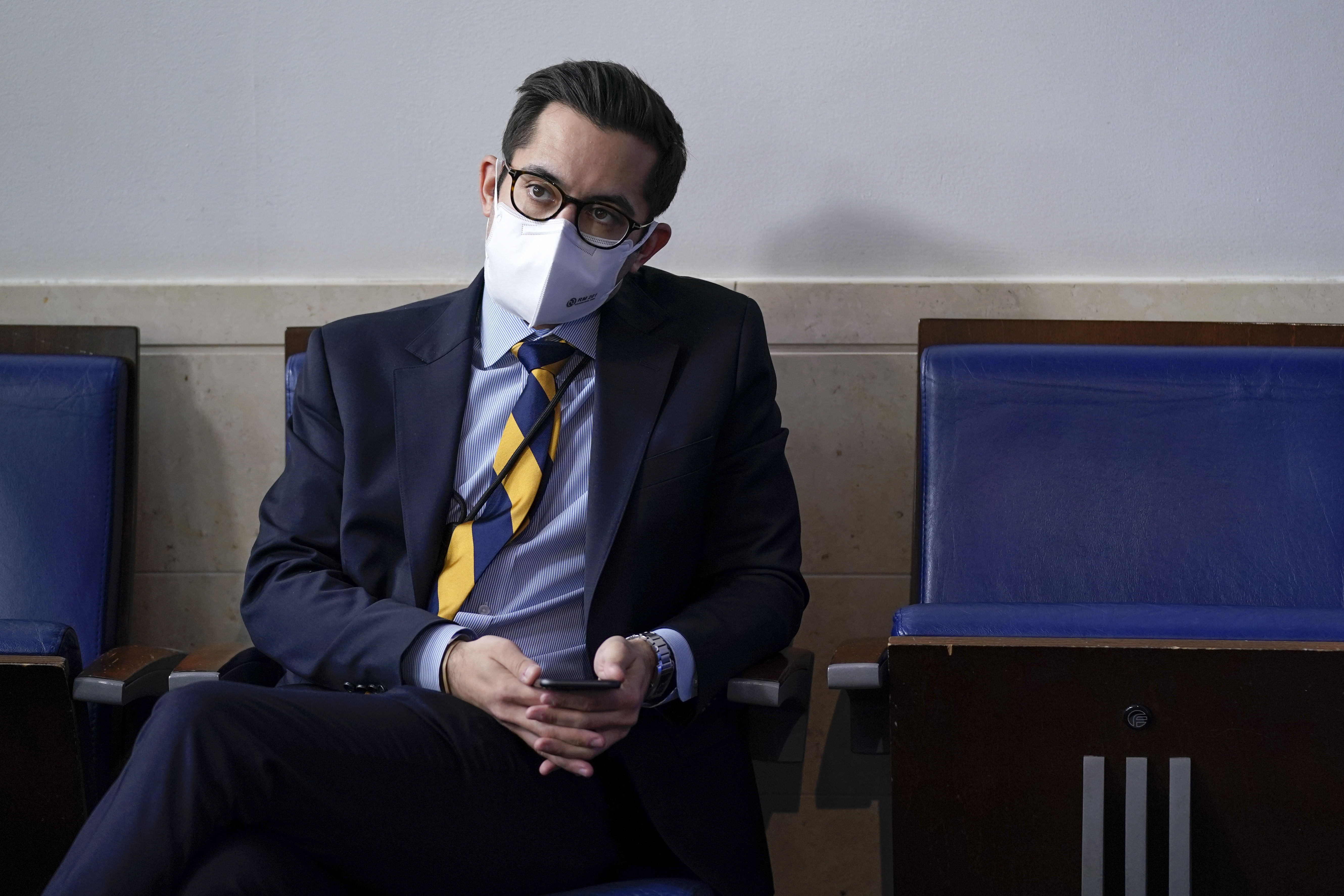 Ducklo has been suspended for a week without pay after he reportedly issued a sexist and profane threat to a journalist seeking to cover his relationship with another reporter.

Psaki said while she had not spoken about the incident with President Joe Biden, Ducklo and aides “at the highest levels” of the White House’s communications team had apologized for it.

Psaki said in a statement earlier Friday that Ducklo had been suspended without pay with the approval of White House chief of staff Ron Klain.

She said Ducklo “is the first to acknowledge this is not the standard of behavior set out” by Biden, and that Ducklo had sent the reporter in question “a personal note professing his profound regret.”

Ducklo’s personal life came under scrutiny earlier this week when Politico revealed his relationship with a reporter for the news outlet Axios.

The latter was assigned to cover the Biden campaign and its transition.

Before Politico broke the story on Tuesday, People Magazine published a glowing profile of the relationship – the first time either one had publicly acknowledged it.

On Friday, Vanity Fair published a report citing two unnamed sources that Ducklo had threatened the Politico reporter in an attempt to suppress the story, warning her “I will destroy you".

Psaki said that when Ducklo returns, he won’t be assigned to work with any Politico reporters.

President Donald Trump’s White House was famously known for an adversarial relationship with the press.

Both Trump and his lead spokespeople would frequently pick fights with, and lob personal attacks at reporters from behind the podium.

But the Biden White House sought to strike a more cordial and professional tone with the Washington press corps from the start, installing a cadre of seasoned Washington communicators led by Psaki.

On her first day behind the podium, Psaki told reporters, "I have deep respect for the role of a free and independent press in our democracy and for the role all of you play."

"There will be moments when we disagree," Psaki added, "but we have a common goal, which is sharing accurate information with the American people."

Biden offered his own standard for the conduct he expects from his staff in comments he made during a virtual swearing-in with staff the day he was sworn in.

"I’m not joking when I say this: If you ever work with me and I hear you treat another colleague with disrespect, talk down to someone, I will fire you on the spot," he said that day. "No ifs, ands or buts."

Confronted with those comments from the president, Psaki reiterated that Ducklo’s conduct "doesn’t meet our standards, it doesn’t meet the president’s standard, and it was important that we took a step to make that clear."

The apologies offered by her team, along with Ducklo’s weeklong suspension, were "an important step to send the message that we don’t find it acceptable," Psaki added.