What a waste: MPs say £42bn that could be spent on public services is being lost through unpaid tax

Billions that could be spent on public services are lost through unpaid tax, MPs say.

Some £42billion is outstanding, with around 5 per cent of tax owed each year failing to be collected, the Commons public accounts committee (PAC) found.

In a PAC report published today, MPs criticise ministers for not doing more to claw back the money. HMRC collected £731.1billion in taxes and duties in 2021-22 – the highest on record. But the committee said: ‘In June 2022, £42billion was owed to HMRC in tax debt… This debt is now set to fall more slowly than initially expected as taxpayers feel the effects of the cost of living crisis.’ 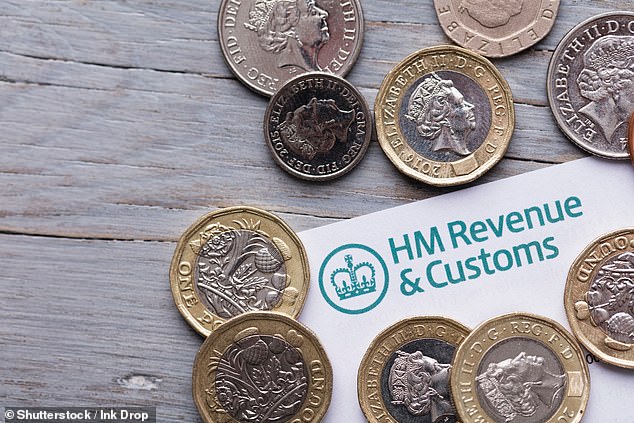 Some £42billion is outstanding, with around 5 per cent of tax owed each year failing to be collected, the Commons public accounts committee (PAC) found

MPs also said there was a ‘moral duty’ to continue to go after money lost through fraud during the Covid pandemic.

The committee said it was ‘disappointed’ that HMRC ‘only expects to recover around a quarter of the £4.5 billion’ that it calculates was lost to fraud and error in coronavirus support schemes.

That amounts to 4.6% of the £96.9 billion handed out by the UK Government to support businesses through pandemic restrictions, including furlough.

A temporary taskforce has been given £100 million to look into 40,000 cases but HMRC said that it forecasts the team will retrieve £1.1 billion, still leaving more than £3 billion unaccounted for.

MPs said that the forecast meant the rate of return for the funding was expected to be less than if invested in tax compliance.

Dame Meg said: ‘The PAC has reported on the many problems in the Covid support schemes that made an open goal for fraudsters, but HMRC is settling for trying to recover less than a quarter of estimated losses in schemes such as furlough.

‘We recognise the problems HMRC faces – due to poor controls, the horse has bolted – but we believe there is a moral duty to pursue fraud.

‘HMRC must ensure dishonesty is not seen to create advantage.’

Christine Jardine, the Liberal Democrat Cabinet Office spokeswoman, said: ‘This Government is losing absolutely staggering amounts of money through its incompetence and inability to collect the tax it’s owed.

‘We need to see serious action to close this tax gap black hole.

‘Ministers need to immediately get a grip on this situation, anything less would be a failure for millions of people who are struggling with the cost-of-living crisis.’

Pat McFadden, Labour’s shadow chief secretary to the Treasury, said: ‘The Government should be trying to recover every pound of this before hitting households with more tax.

‘It’s not just the tax unpaid, but the sums lost to Covid fraud which show the extent of the problem.

‘The Tory record is one of waste, fraud and more and more taxes to make up for their mistakes.’