The Biden administration is preparing for the end of Title 42 amid growing concerns about a sharp rise in migration that may overwhelm immigration authorities.

The Title 42 order has been used since the Trump administration and the onset of the COVID-19 pandemic to immediately expel almost all migrants citing public health concerns — even if those people attempt to claim asylum, as is allowed under U.S. and international law.

President Joe Biden’s Republican critics in Congress say his immigration policy has sparked the historic number of apprehensions at the southern border, while the White House says it’s Republicans that have failed to work with the administration to reform immigration laws. What’s clear is that far from Washington, crises across the Western Hemisphere are fueling the record migration to the U.S.

In particular, data from U.S. Customs and Border Protection (CBP) shows that migration has recently skyrocketed from four countries: Cuba, Venezuela, Nicaragua and Haiti — all places where, as advocates and migrants themselves explain, people have faced crises of oppression, poverty, violence, lack of opportunity and a changing and dangerous climate.

“The Americas’ ongoing migration event is not just a U.S.-Mexico border phenomenon. People are fleeing everywhere,” Adam Isacson, director for defense oversight at the Washington Office on Latin America, a research and advocacy organization, wrote in a tweet this week.

Mexico and Central America still remain major sources of migration to the U.S., too, according to the CBP data. Mexico and Guatemala were the top two countries for migration, with Honduras fourth, in fiscal year 2022, which ended Sept. 30. The so-called Northern Triangle countries alone — El Salvador, Guatemala and Honduras — accounted for more than 541,000 migrant encounters, which was almost a quarter of the historic nearly 2.4 million total encounters at the southern border in fiscal year 2022.

CBP data on “encounters” is not the same as counting total migrants across the border — meaning the same migrant can have multiple run-ins with authorities and each is counted as an “encounter.” Under Title 42 in particular, multiple run-ins have become far more common. Some migrant advocates say it’s inflated the numbers and restoring regular order at the border, clearing the asylum backlog and improving immigration processing would reduce the numbers.

Either way, the exoduses from these four countries have hit historic levels. 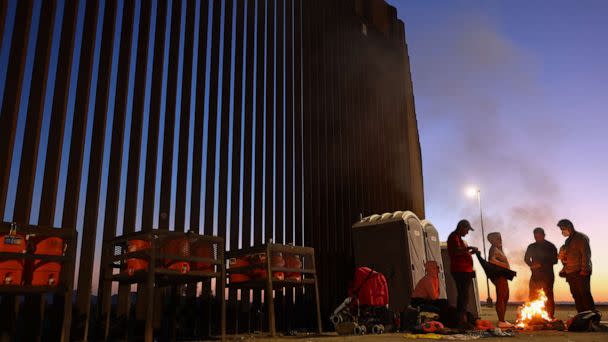 There have never been so many Cubans reaching U.S. borders, for example. Between October 2021 through September, U.S. authorities have conducted nearly 225,000 apprehensions of Cubans, according to the CBP data. That’s larger than the 1980 Mariel boatlift and the 1994 Cuban rafter crisis — combined.

What’s different from those episodes, which sparked major headlines and U.S. policy changes, is that the majority of Cubans are now coming by land, not by sea. There were nearly 221,000 encounters at the U.S. southern border in the last fiscal year, according to the CBP data.

That’s not to say Cubans aren’t still risking dangerous water crossings, the data shows. Since Oct. 1, nearly 3,000 Cubans have been interdicted by U.S. Coast Guard crews, the military branch reported this week. More than 6,000 Cubans were interdicted in the 2022 fiscal year — seven times more than the previous fiscal year.

By land or by sea, all of them are fleeing an island further impoverished by the COVID-19 pandemic and struggling with shortages of food and medicine, political unrest, including crackdowns on protesters, and U.S. sanctions stretching back to former President Donald Trump. As the migration numbers reached historic heights in the last year, Biden started to lift the restrictions — critics say in large part to stop irregular migration — allowing for remittances once again, reopening the door to some travel and resuming migration pathways like visas and family reunification.

Neighboring Haiti has likewise been consumed by crises, forcing tens of thousands of its people to flee.

In fiscal year 2022, more than 56,000 Haitians reached the U.S., largely at the southern border, although many tried by boat and raft — often stranded and endangered — like 34 Haitians rescued on Monday by the Coast Guard.

In particular, there was a huge increase in September 2021 after Haiti’s President Jovenel Moïse was assassinated that July and a 7.2 earthquake hit that August. But the number of Haitians leaving the country has steadily continued as the government, seen as illegitimate by many Haitians, struggles to combat rising gang influence.

In Nicaragua, authoritarian President Daniel Ortega’s rule — and the resulting U.S. sanctions — have apparently contributed to the exodus of people as well. More than 50,000 Nicaraguans reached the U.S. in fiscal year 2021, but the following year saw a staggering 325% increase to nearly 165,000 Nicaraguan migrant encounters by U.S. authorities, per CBP.

October, the most recent month for which CBP has data publicly available, saw the largest single month of apprehensions yet.

No country has seen more flight than Venezuela, which has been riven by political, economic and humanitarian turmoil. The government of strongman Nicolás Maduro has overseen hyperinflation and economic mismanagement, has cracked down on protests and a political opposition that claims to be the legitimate government and, as a result, has been hit with crushing U.S. sanctions intended to try and force a resolution to the stalemate.

The U.N. estimates that more people have left the country than have escaped Syria amid its civil war and nearly as many as have left Ukraine since the Russian invasion — over 7 million in total now, or nearly a quarter of Venezuela’s total population.

The U.S. has received a fraction of those refugees, but the numbers have been climbing to nearly 190,000 apprehensions of Venezuelans in fiscal year 2022. 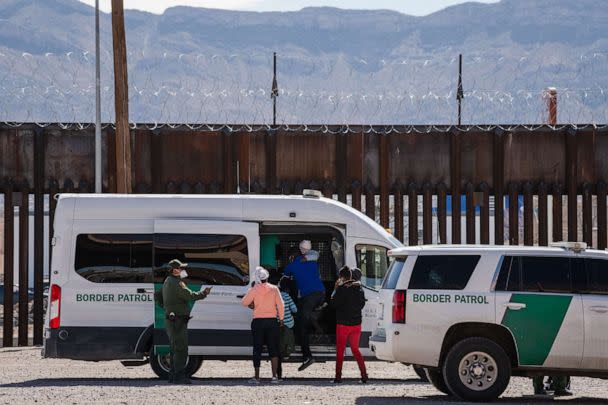 With so many trying to claim asylum in the U.S., the Biden administration announced in October that Venezuelans would be among the migrants barred under Title 42 — swiftly sent back across the border to Mexico. The administration also announced a humanitarian parole program, granting entry to up to 24,000 Venezuelans — but only those that can apply with a U.S.-based sponsor. Many Venezuelan refugees lack even basic documentation.

With that October announcement, the number of Venezuelans heading north seems to have dropped precipitously. For example, those crossing the dangerous Darién Gap — the dense jungle between Colombia and Panama — declined 98% from 40,593 in October to just 668 in November, according to Panama’s migration authority. (Without CBP data for November, it’s unclear how this affected how many were apprehended at the U.S. border.)

But data like that also illustrates why Biden administration officials are so concerned about the end of Title 42 — not just because of the increase in migrants, but because of the increased chance of exploitation. A spokesperson for the Department of Homeland Security on Tuesday blamed “criminal smuggling organizations” for the scenes in El Paso this week, telling ABC News, “The border remains closed.”

In the face of that challenge, the Biden administration reportedly is considering other ways to limit migrants’ ability to claim asylum, just as Title 42 did. But that has already drawn severe criticism, especially from migrant advocates and immigration legal groups who say some of the proposals unlawfully deny people the right to request asylum.

“It’s hard to comprehend that after two years, and a successful midterm election, the White House is resorting to policies they once considered illegal and cruel,” Biden’s former director for border management Andrea Flores tweeted Tuesday, condemning the administration for its “hybrid Biden-Trump border policies.”

Biden himself campaigned on a more humane approach to immigration — an issue that has for years stymied Congress and multiple presidents. Biden decried Trump’s “detrimental asylum policies” on his 2020 campaign website and argued that “abandoning our deepest-held values does nothing to increase security at our border — and everything to diminish our standing in the world.”

The American Civil Liberties Union has already threatened to sue the Biden administration if he implements a “transit ban,” for example — denying asylum to anyone entering the U.S. who did not first apply for asylum in Mexico or another third country that they transited through en route to the border. In 2021, the legal group successfully sued to block a similar Trump policy, which his administration called “safe third-country agreements.”

To some extent, people will still flee regardless — pushed more by the circumstances in their local communities and home countries than they are influenced by U.S. policies.

Where historic number of migrants is coming from and why: ANALYSIS originally appeared on abcnews.go.com