PRITI Patel has come under fire for being noticeably absent from coronavirus press briefings and saying little about how the UK is dealing with the pandemic.

The Home Secretary finally spoke publicly for the first time since the coronavirus crisis began in the UK on Friday, April 10 when she blasted a top cop for his over the top response to enforcing the lockdown. Here's what we know. 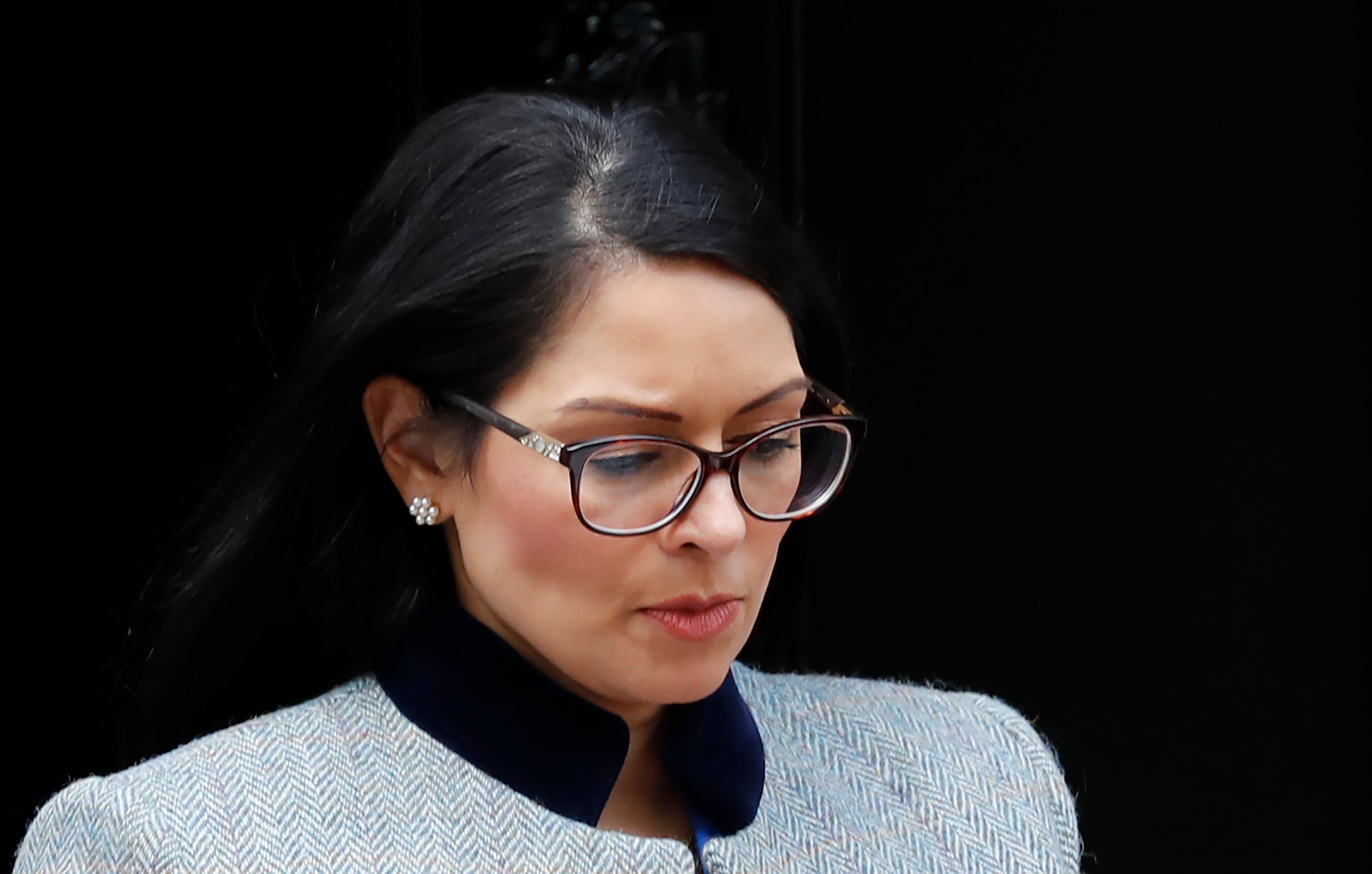 What has Priti Patel said about the UK's coronvirus response?

Priti Patel came under criticism for refusing to appear in front of a select committee to discuss the coronavirus outbreak in April, 2020.

She had turned down four invitations to appear before the Home Affairs Committee since January but had been offering private briefings.

Priti defended herself in an interview with The Sun’s Executive Editor Dan Wootton during this talkRADIO Drivetime show on April 9.

In her first interview since the UK went into lockdown, she accused Labour MP Yvette Cooper of playing politics and insisted she had given Cooper a date to appear in front of the Home Affairs Select Committee.

Since she was appointed Home Secretary in July 2019 she has only appeared in front of the committee once.

Patel has not appeared at any of the Government's daily coronavirus press briefings sparking suggestions from some she may have sidelined because she was a woman.

She broke her silence to blast Northamptonshire’s Chief Constable Nick Adderley over his threat to snoop on the British public’s shopping baskets during the coronavirus lockdown.

In a press conference he warned officers would stop and search trollies if the public ignored lockdown measures.

The police threat was "not appropriate" and wasn't part of the government's guidance, she told Wootton.

She said the government was considering new measures to help domestic violence victims who were stuck in lockdown with their abusive partners and confirmed she would be laying out the plans next week.

And said there had been an increase in threats to the public from online fraudsters since the beginning of the pandemic. 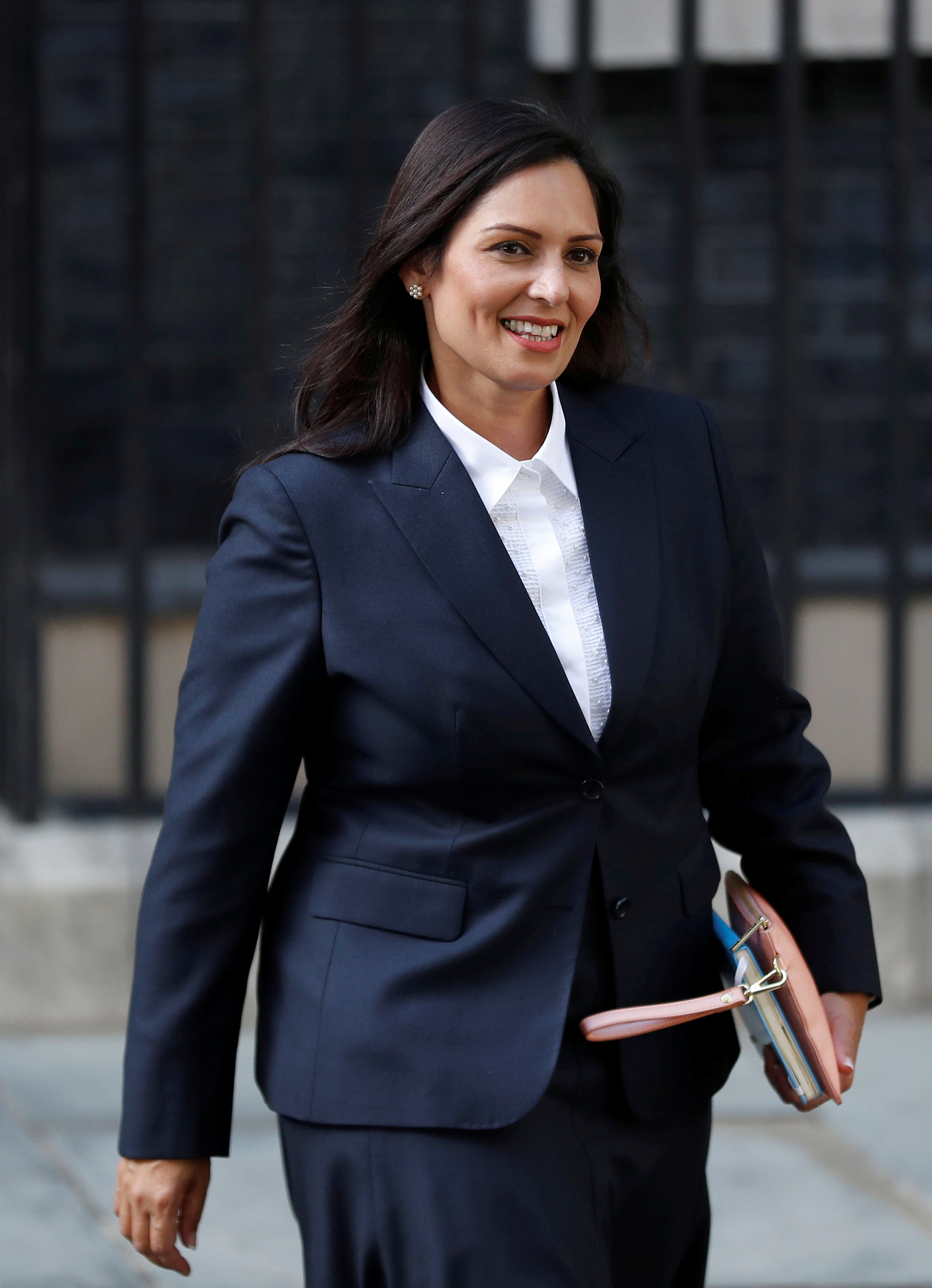 Who is Priti Patel?

Prime Minister Boris Johns appointed Priti Patel to the role of Home Secretary on July 24, 2019, replacing Sajid Javid, who was promoted to Chancellor.

She is a Conservative MP who has served the Witham constituency in Essex since 2010.

The 48-year-old Brexiteer was forced to resign as International Development Secretary in November 2017 after holding 12 secret meetings in Israel without following protocol.

Priti is a long-standing supporter of Israel and a former vice-chairman of CFI.

Born in London to a Ugandan Indian migrant family and educated at a comprehensive school in Watford, Patel went on to study economics at Keele University before completing her postgraduate studies at the University of Essex.

In 2014, Priti was appointed as Exchequer Secretary to the Treasury and following the 2015 General Election was appointed as the new Minister for Employment at the Department for Work and Pensions.

A longstanding Eurosceptic, Patel was a leading figure in the Vote Leave campaign during the 2016 EU referendum.

Following David Cameron's resignation, Patel backed PM Theresa May who subsequently appointed her as International Development Secretary in the summer of 2016.

What did Priti Patel say at the Tory party conference in October?

Priti Patel told the Tory party conference in October 2019, the government would introduce an Australian-style points system that works in the "best interests of Britain".

Reiterating the hard-line immigration pledge in Manchester, Ms Patel said: "I have a particular responsibility when it comes to taking back control.

"It is to end the free movement of people once and for all.

"Instead we will introduce an Australian style points-based immigration system.

"One that works in the best interests of Britain." 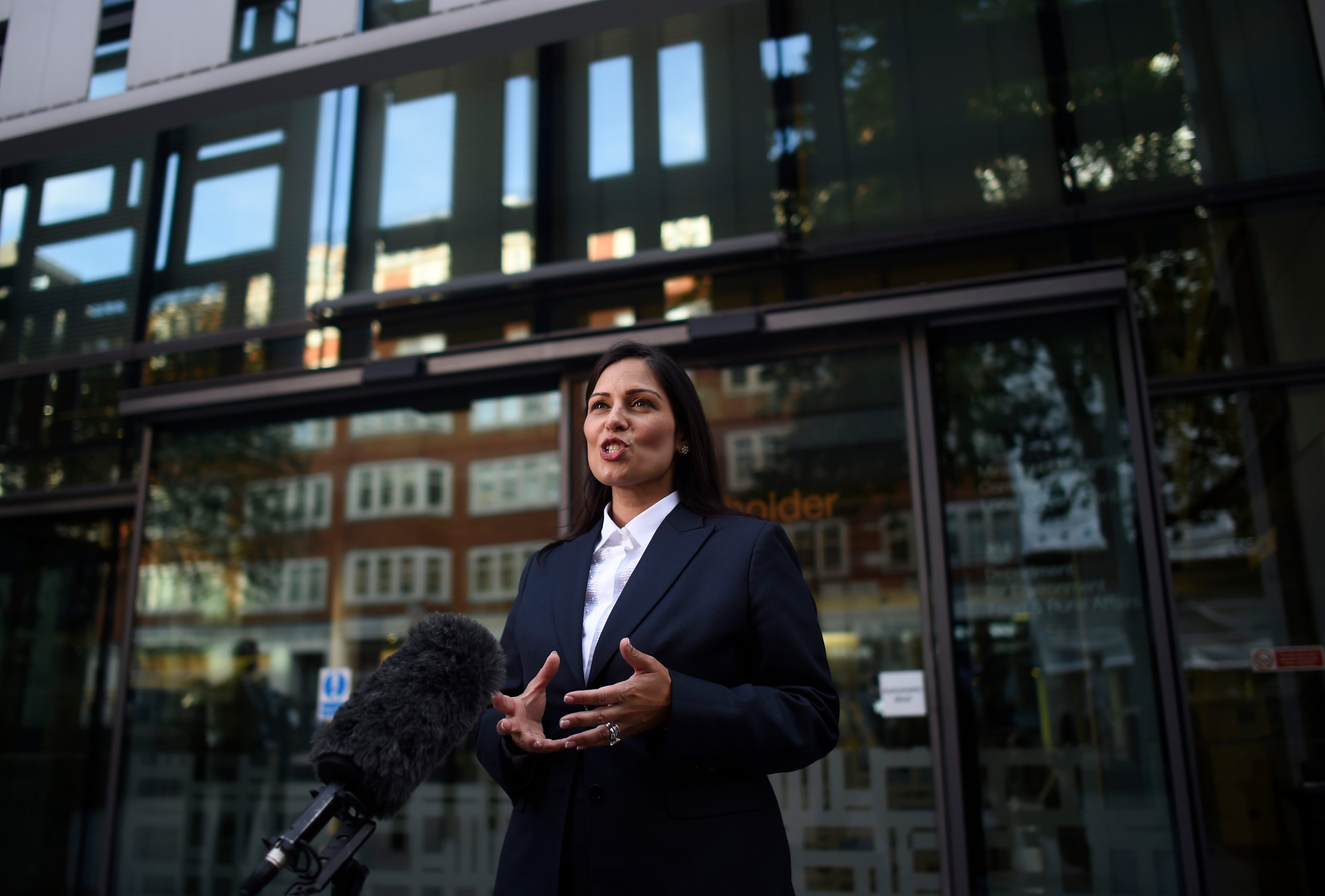 When did Priti Patel meet with Israeli politicians?

The meetings in Israel were held between August 13 and 15, 2017 while Patel was on holiday with her family.

But she insisted that her trip had “nothing to do with foreign policy” saying the trip was “a family holiday paid for myself”, but admitted that, on returning, she had “commissioned departmental work on humanitarian and development partnership between Israel and the UK, and on disability”.

The meetings were arranged by Lord Polack, the honorary president of the lobbying group Conservative Friends of Israel – and UK government policy toward the Middle East ally was reportedly discussed.

Why was Priti Patel forced to apologise for her secret meetings in Israel?

Patel did not tell the Foreign Office before meeting with Israeli prime minister and other politicians, businesses and charities.

She appeared to have avoided the sack over the trip after admitting she had shown a “lack of precision” over the wording she used on Friday when she suggested that Foreign Secretary Boris Johnson knew about it in advance.

She conceded that Boris was not told in advance and that she held 12 meetings rather than the two originally reported.

The revelations emerged while the Israeli Prime Minister Benjamin Netanyahu is in London this week to mark the centenary of the Balfour Declaration when Britain first gave its support for a national home for the Jewish people.

A spokesman for Patel said: “The Foreign Office are clear that UK interests were not damaged or affected by the meetings on this visit.”

What has former PM David Cameron said about her?

In his memoir For The Record, David Cameron criticised Priti Patel's role in the Brexit referendum campaign.

He accused her of using "every announcement, interview and speech" to "hammer" the government's approach to immigration, even though she was in it.

But he said that he was "stuck" with her in his administration because if he fired her she would become a "Brexit martyr".

Patel has since brushed off his comments, saying: "There is no point in going over the past.

"Obviously the referendum has happened, we have moved on and the fact of the matter is we are now working to deliver that referendum mandate.

"That is so important. There is no point in going over the past." 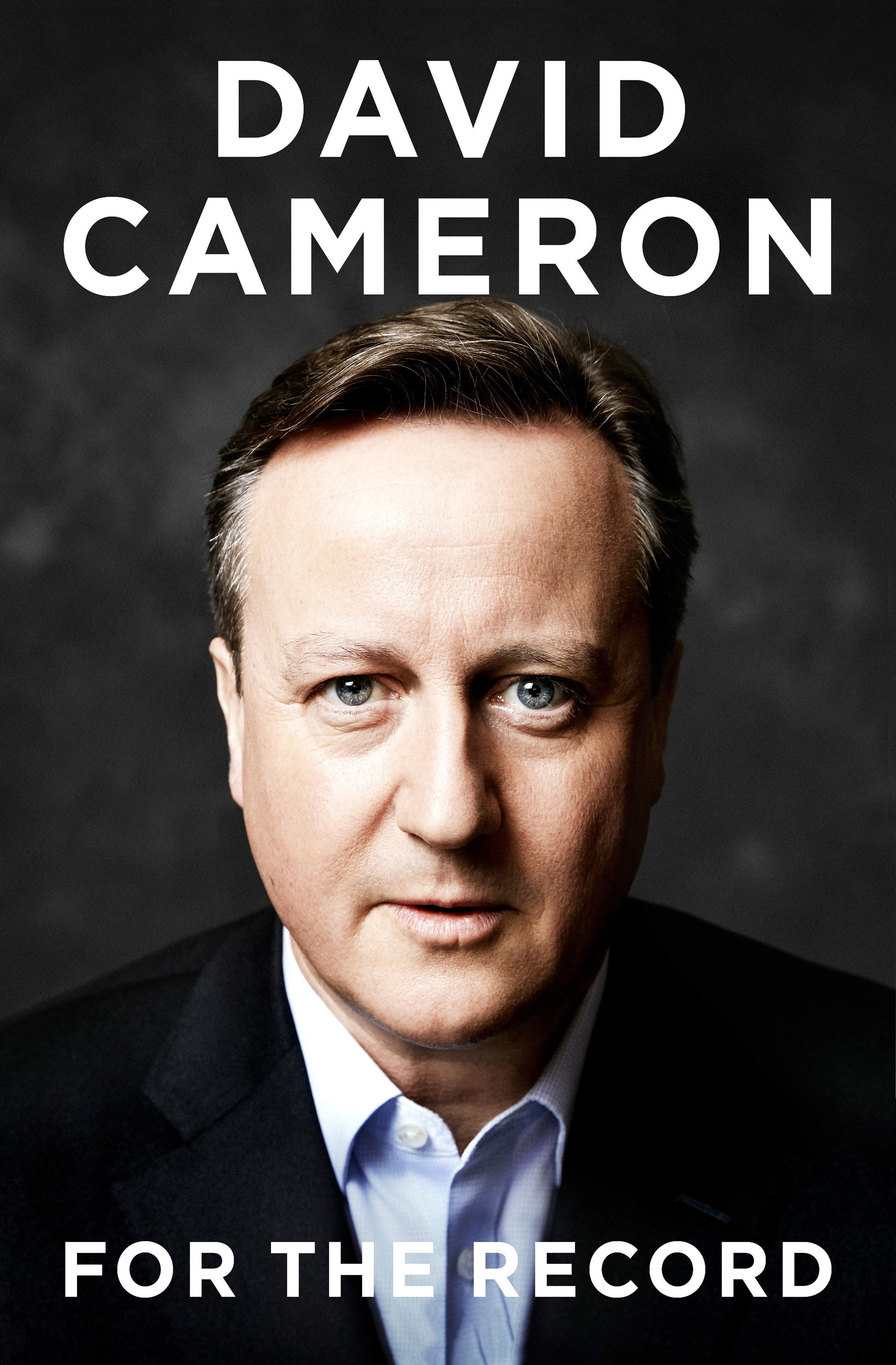