A year after the relaunched White Ribbon Australia pledged to replace tokenism with action to end men’s violence against women the charity is launching a new fund for local projects designed to prevent abuse.

The fund will provide grants of about $5000 to groups such as sporting clubs, churches and councils that come up with community-designed programs to tackle men’s violence against women. 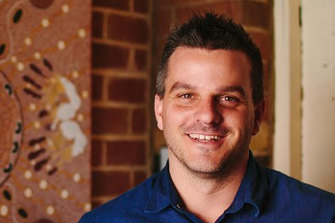 White Ribbon went into liquidation in 2019 amid criticism it rewarded men for superficial actions – such as pinning ribbons on their lapels – and did not listen to women’s organisations.

It was also dogged by controversies, including former Northern Territory attorney-general John Elferink resigning as a White Ribbon ambassador after saying he was “really tempted to slap, figuratively speaking” a female MP and White Ribbon’s former CEO suggesting the charity should not take a stance on abortion.

“We wanted to create clear pathways for anyone to take action and not think showing up at events, wearing a ribbon or taking a pledge is the end of their responsibility,” Mr Chilcott said.

“We are talking about the shift from awareness raising to what are we going to do about it.”

“Men’s violence against women isn’t unique to any one community, but the solutions are,” Mr Chilcott said.

“We want to mobilise people to develop their own response because they know the best way to engage men and boys in their communities.”

He said the new fundraising model would also mean donors to the Community Response Fund would know exactly where their money was going. 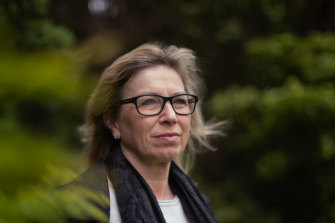 Rosie Batty is working with White Ribbon in an advisory capacity. Credit:Simon Schluter

She said White Ribbon had raised awareness about the prevalence of family violence and still had a lot of community support. But she said the organisation had needed to re-evaluate how it was doing things and make significant changes.

“I wanted to make sure they had learned from some of their mistakes and were really ready to do things differently,” Ms Batty said.

“It’s easy to be critical and it’s easy to feel funding should go to more crisis response organisations or more refuges and better training into the justice system, but ultimately we need to stop people from committing violence,” she said.

She said the challenge with prevention programs was the difficulty of proving whether they had stopped violence.

However, she cited other primary prevention campaigns, such as anti-smoking and Transport Accident Commission campaigns which showed the real impact of road trauma on families, as examples of initiatives that changed the way people behave over time.

“Primary prevention in the context of family violence is not easily understood and people want quick fixes,” Ms Batty said.

“It will take a long time for us to see behavioral change and attitudinal change reflected, but we need to work with communities and across society to do that.”

Jenna Price, co-founder of Counting Dead Women Australia, which has kept a tally of women killed by violence in Australia since 2012, said she believed White Ribbon should focus on funding education about consent and respectful relationships.

“I don’t actually think we can stop family violence unless we have a total rethink of our education system,” Dr Price said.

Domestic Violence NSW policy and research manager Renata Field said locally led initiatives like those to be funded by White Ribbon were needed to involve the whole community in preventing men’s violence against women.

“Certainly work needs to be done on the ground for crises that are happening but it is also important for work to be done stopping it before it starts and that’s where grants like this are involved,” she said.