London: The British government is being urged to seek advice from the Australian government following the release of blogger couple Jolie King and her boyfriend Mark Firkin just months after their arrest in Iran. 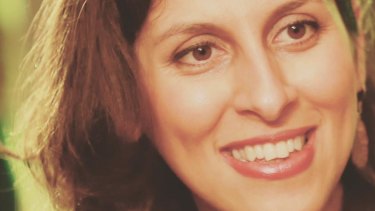 British-Iranian national Nazanin Zaghari-Ratcliffe has been held in Iran for three years.

Government and Opposition MPs contrasted the case of King and Firkin with that of British mother Nazanin Zaghari-Ratcliffe who remains imprisoned after more than three years. She is accused of spying, something she and the British government categorically reject.

Jolie King, an Australian-British dual national and Australian Mark Firkin were released on the weekend, after what Australia's Foreign Minister Marise Payne said was months of hard work through diplomatic channels.

MPs were granted an urgent question on Monday night to press Zaghari-Ratcliffe's case in the Commons. Her husband Richard watched the proceedings in person. 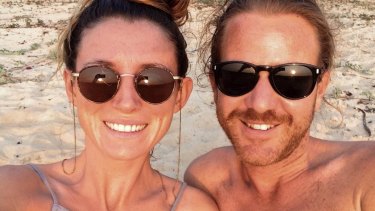 Labour's Tulip Siddiq, who is the Ratcliffe's MP, said Nazanin and Jolie shared the same room in their prison cell.

"Can the minister explain to me how the Australian government has been able to achieve such rapid progress for another British national whereas Nazanin still remains in jail three and a half years later," Siddiq said.

"There are lessons to be learned from the recent Australian experience, two Australians have been released," Hayes said. 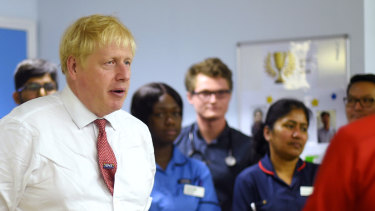 "Will he enter into discussions with the Australian government to discover what steps they took to ensure that release?"

"Iran does not accept that [Zahari-Ratcliffe] also had British nationality, that lies at the heart of this.

"Jolie King is a British Australian national, that's the difference – its invidious comparing consular cases and I'm certainly not going to be drawn into doing so," he said.

He said Iran was acting illegally and could only enhance its international reputation by relenting.

"Our access to Nazanin is non-existent, we are forbidden by Iran to access Nazanin in the way we would expect to have access to British nationals," he said.

"While these harrowing, dreadful cases continue they cannot possibly expect to deal with the wider world in the way that I think they wish to be," he said.

Labour's foreign affairs spokeswoman Emily Thornberry said the outcome was related to how Australia's foreign minister had handled the case compared to that of Boris Johnson, who as foreign secretary, wrongly told the Foreign Select Committee that the British mother was "teaching people journalism."

Iran seized on the inaccurate statement to justify her ongoing detention saying she was engaged in "propaganda against the regime."

"Her success shows what can be achieved even with Iranian hardliners, when working with tact, diplomacy and dedication to the task, not, let's be frank, what we got from the current prime minister when he was in charge of this brief," Thornberry told the Commons.

Johnson's leadership rival and successor in the foreign office, Jeremy Hunt, also intervened in the debate and said his biggest regret was not being able to bring Nazanin home.

Stephen Gethins, from the Scottish Nationalist Party, requested that all documents relating to Johnson's testimony to the committee was released.