HONG KONG (Reuters) – Hong Kong leader Carrie Lam has delayed indefinitely a proposed law that would allow extraditions to mainland China, in a dramatic retreat after widespread anger over the bill sparked the biggest street protests in three decades. 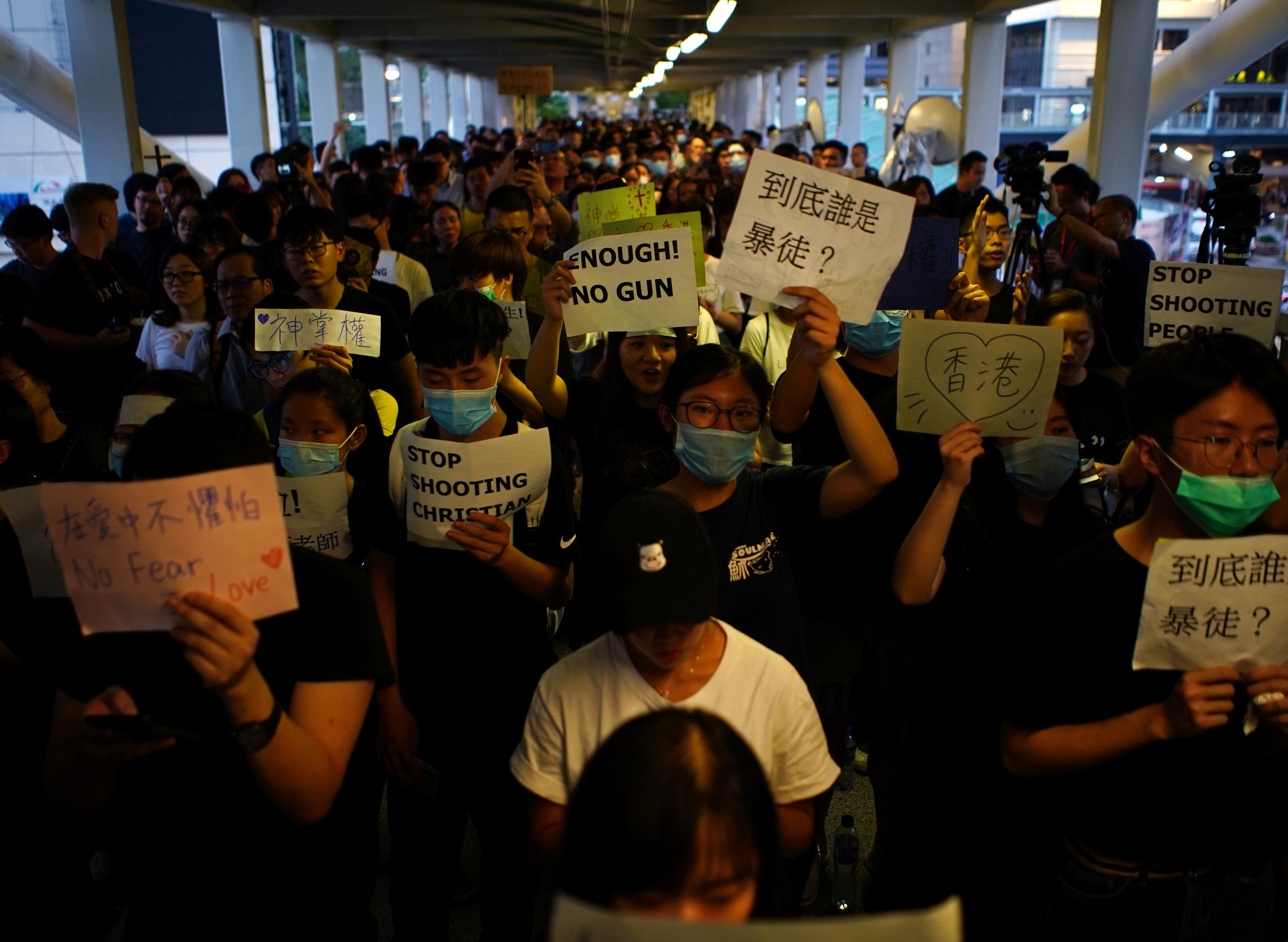 The extradition bill, which would cover Hong Kong’s 7 million residents as well as foreign and Chinese nationals in the city, was seen by many as a threat to the rule of law in the former British colony.

(To see a live blog of coverage of the Hong Kong protests, click reut.rs/2Iajtez)

WHAT DOES THE EXTRADITION BILL INVOLVE?

The Hong Kong government first launched the proposals in February, putting forward sweeping changes that would simplify case-by-case extraditions of criminal suspects to countries beyond the 20 with which Hong Kong has existing extradition treaties.

It explicitly allows extraditions from Hong Kong to greater China – including the mainland, Taiwan and Macau – for the first time, closing what Hong Kong government officials have repeatedly described as a “loophole” that they claim has allowed the city to become a haven for criminals from the mainland.

Hong Kong’s leader would start and finally approve an extradition following a request from a foreign jurisdiction but only after court hearings, including any possible appeals. However, the bill removes Legislative Council oversight of extradition arrangements.

If the bill becomes law, it will be possible for mainland Chinese courts to request Hong Kong courts to freeze and confiscate assets related to crimes committed on the mainland, beyond an existing provision covering the proceeds of drug offences.

WHY IS THE HONG KONG GOVERNMENT PUSHING IT NOW?

Officials initially seized on the murder last year of a young Hong Kong woman holidaying in Taiwan to justify swift changes. Police say her boyfriend confessed on his return to Hong Kong and he is now in jail on lesser money-laundering charges.

Taiwan authorities have strongly opposed the bill, which they say could leave Taiwanese citizens exposed in Hong Kong and have vowed to refuse taking back the murder suspect if the bill is passed.

A long-forgotten issue, the need for an eventual extradition deal with the mainland was acknowledged by government officials and experts ahead of Hong Kong’s handover from British to Chinese rule in 1997 under the “one country, two systems” model.

The city maintains a separate and independent legal system as part of the broader freedoms the formula guarantees. Little progress has been made in discreet talks since then with justice and security officials on the mainland, where the Communist Party still controls the courts.

HOW STRONG IS OPPOSITION TO THE BILL?

Concern about the amendments has spiraled in recent weeks, taking in pro-business and pro-Beijing elements usually loath to publicly contradict the Hong Kong or Chinese governments. Senior Hong Kong judges have privately expressed alarm, and mainland commercial lawyers based in Hong Kong have echoed their fears, saying the mainland system cannot be trusted to meet even basic standards of judicial fairness. Hong Kong lawyers’ groups have issued detailed submissions to the government, hoping to force a postponement.

Authorities have repeatedly stressed that judges will serve as “gatekeepers” or guardians for extradition requests. However, some judges say privately that China’s increasingly close relationship with Hong Kong and the limited scope of extradition hearings will leave them exposed to criticism and political pressure from Beijing.

Schools, lawyers and church groups have joined human rights groups to protest against the measures. Following a brawl in the legislature over the bill, the government moved to fast-track the bill by scrapping established legislative procedures that stoked outrage amongst critics.

Some opposition politicians say the issue now represents a turning point for the city’s free status.

WILL THE GOVERNMENT DROP THE BILL?

While Lam and her key officials have been strident in defending the bill both publicly and privately, cracks have began to appear in the support base for the law.

Several pro-Beijing politicians and a senior advisor to Lam said discussion of the bill should be shelved for the time being.

Lam has insisted that broad safeguards mean that anyone at risk of political or religious persecution or who faces torture would not be extradited. Likewise, no one who faces the death penalty would be extradited. China denies accusations of human rights abuses.

Lam said the city’s legislature would now stop all work on the bill and that the next steps would be decided after consultations with various parties.