A WOMAN took a job as a nursing home dishwasher so she could see her husband again — after more than 100 days apart because of the coronavirus pandemic.

Mary Daniel, 57, recently took the part-time job at the Rosecastle at Deerwood memory-care facility in Jacksonville, Florida, and reunited with her husband, Steve, 66. 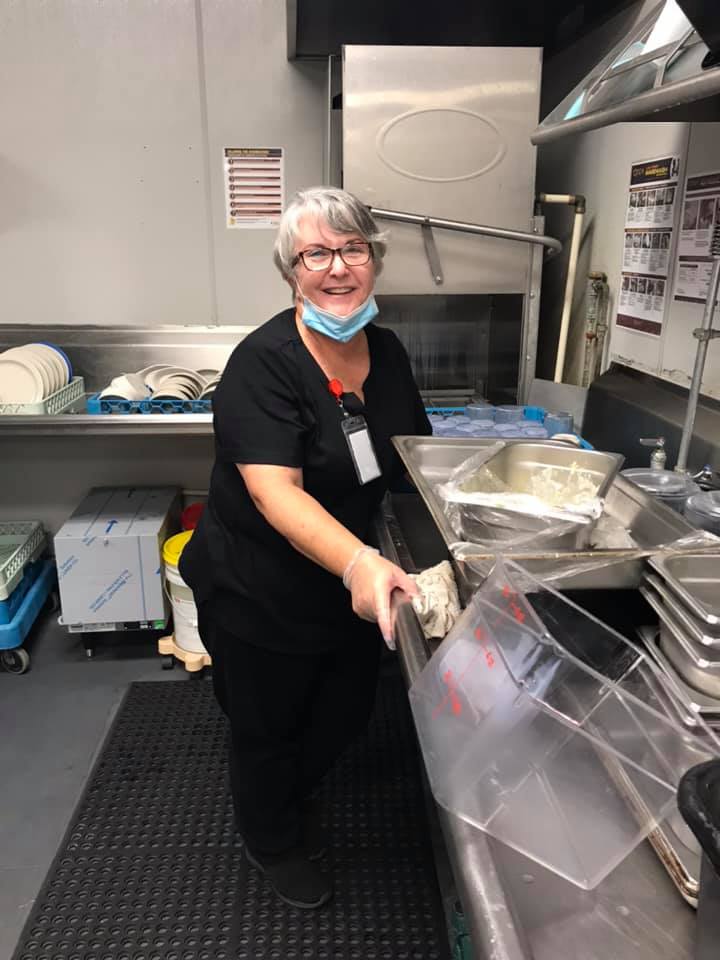 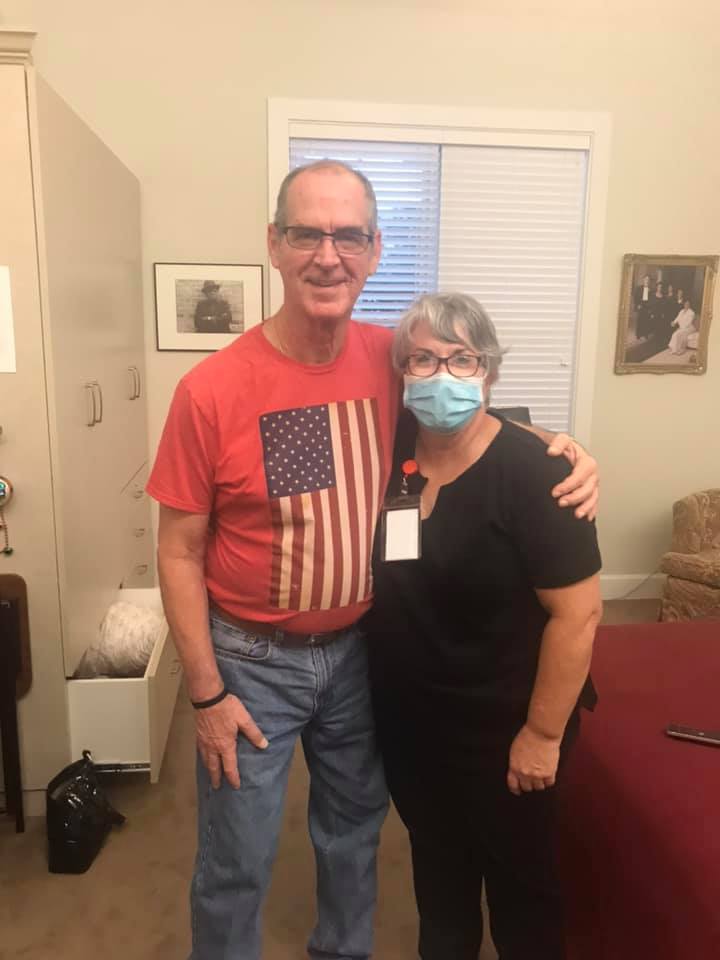 Per orders from Governor Ron DeSantis, the nursing home is not allowed to have visitors, but Mary said she was desperate to see Steve, who has early-onset Alzheimer’s.

"We tried a window visit. He just cried. You can't explain it to him," she told local news outlet Florida Coast News.

Mary said she used to visit Steve, her partner of 24 years who entered the facility last summer, nearly every night before coronavirus lockdown.

According to The Palm Beach Post, Mary emailed the nursing home’s corporate office in March, asking how she could see Steve — whether it be by volunteering, bring a therapy dog, or working. 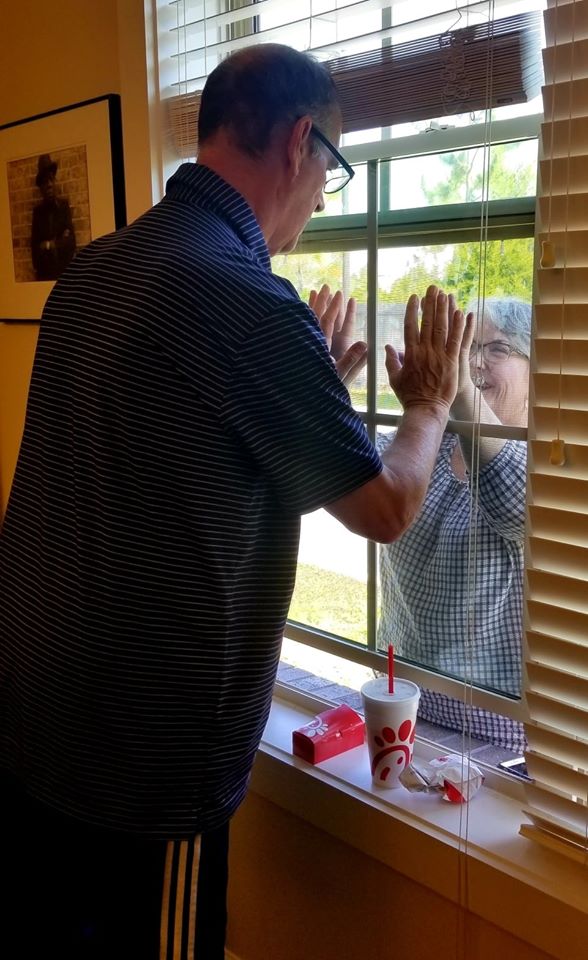 Eventually, she said, they contacted her about a part-time dishwashing job that paid $9 an hour — if she was interested.

For the past two weeks, she’s been working 90-minute shifts on Thursdays and Fridays.

After her first shift, Mary said she went to Steve’s room, but was worried if he’d remember her. 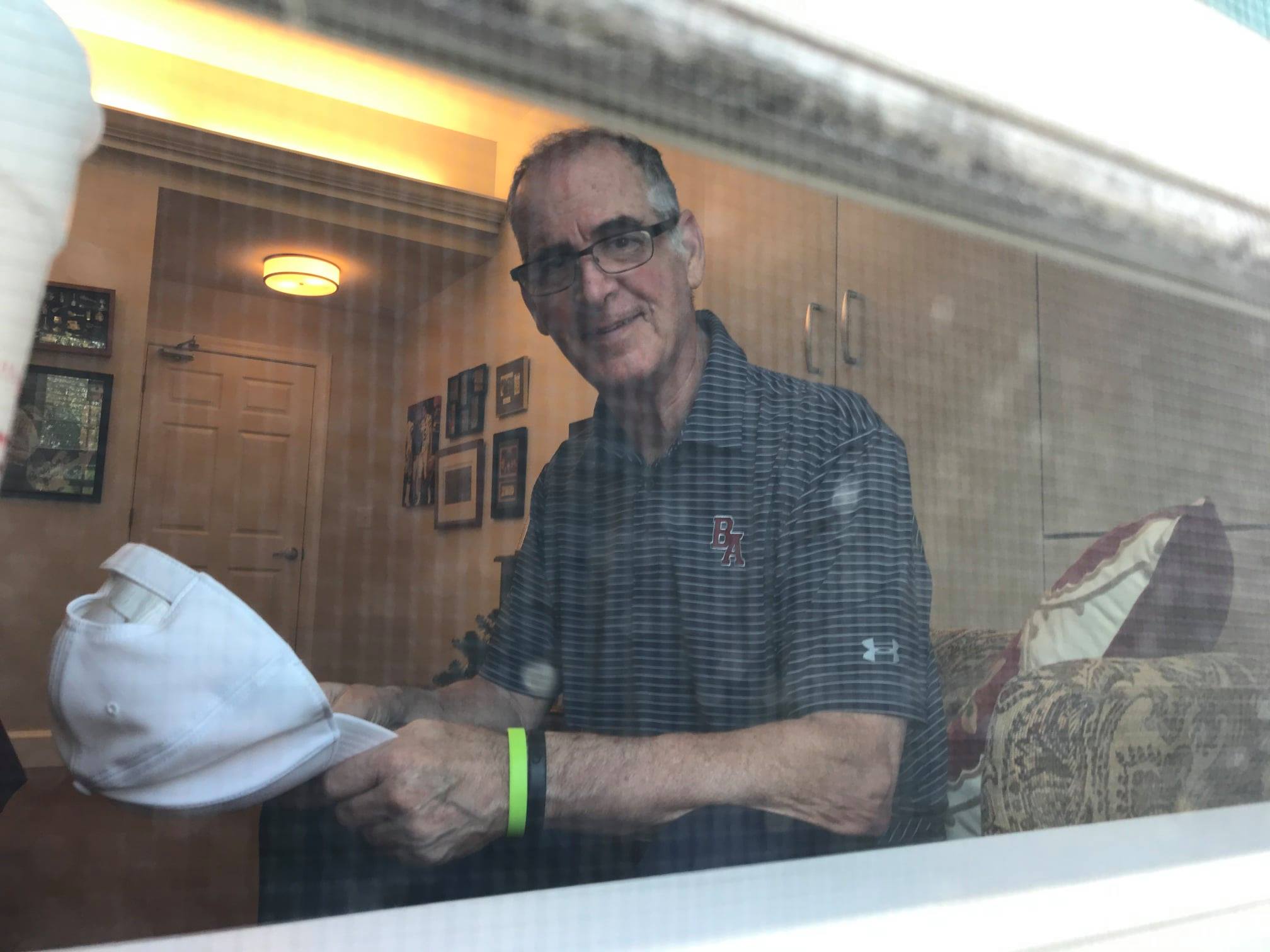 But when he saw her, Mary, who now receives a weekly COVID test as part of her employment, said he called her by her name and cried.

"He was teary-eyed," she said. "He touched my face, even with my mask on."

During their visits, the couple lay down together on his bed, hold hands, and watch television.

“When the world is crazy, just to have an hour to sit with him, and talk with him. He’ll lay his head on my shoulder,” Mary told the Post.

“There’s something that comes with that comfort of just being together.”

Visitors have been banned from seeing loved ones inside of nursing homes since the pandemic hit the US.

DeSantis this week extended the ban at long-term care facilities for another 60 days as cases continue to surge in the Sunshine State.

Mary said of the tough restrictions: “I absolutely understand why they did the shutdown, that the intentions are certainly well-intended.” 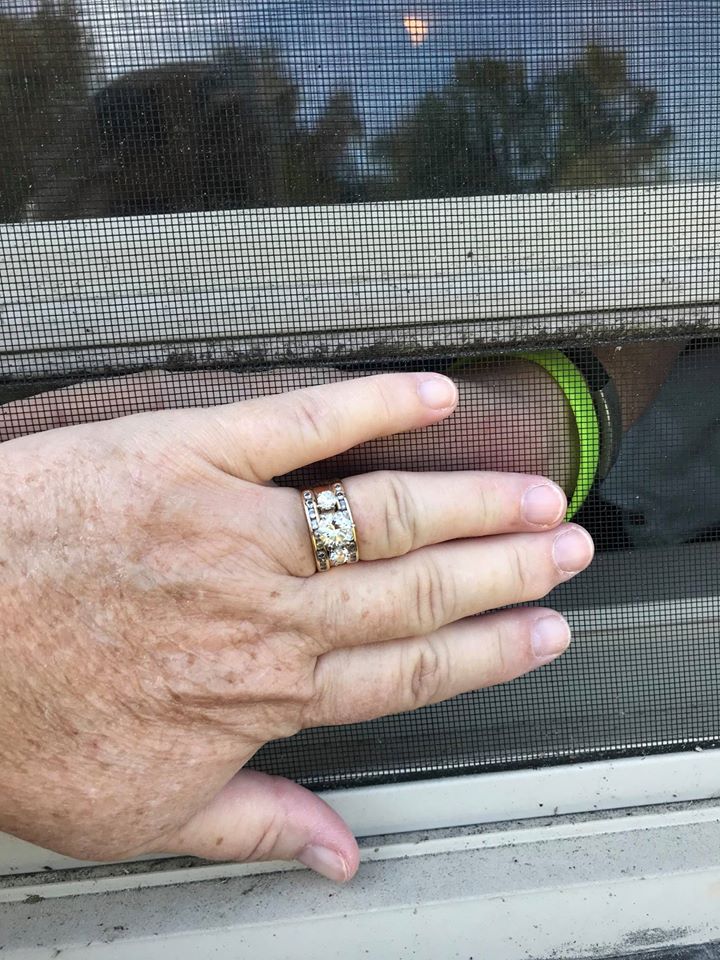 “I can’t fault the governor for what he wants to do. The trouble is, he’s isolating them to save their lives, and the isolation is killing them.”

Mary said she’s been reaching out to politicians and explaining to them why it’s important for patients like her husband to be able to see loved ones.

In a statement to the Post, Kelley Withrow, executive director for Rosecastle at Deerwood, said: “Visitor restrictions have been put in place at communities across our state as a safety measure, aimed at protecting the vulnerable population we serve.”

“But it has been hard on families and residents alike, so we felt creative solutions were necessary, especially in the case of Mary and Steve.”

She continued: “We are happy to report that Mary is off to a great start in her new role, and we are excited to see the positive changes in Steve’s demeanor as well.”