‘I’m not gonna let him go alone’: Virginia woman, 86, dies of a broken heart moments after crawling into bed with husband, 90, who’d passed away in his sleep

A woman in Virginia who said she could not go on without her husband of 70 years died of heartbreak as she lay by his side minutes after his own death from lung cancer.

Kathleen Atkins, 86, had crawled onto the bed beside her husband Richard, 90, where she passed away on August 4.

Among her last words, Kathleen said, ‘I’m not gonna let him go alone’.

Their family has described the couple as the ‘most perfect love story’. 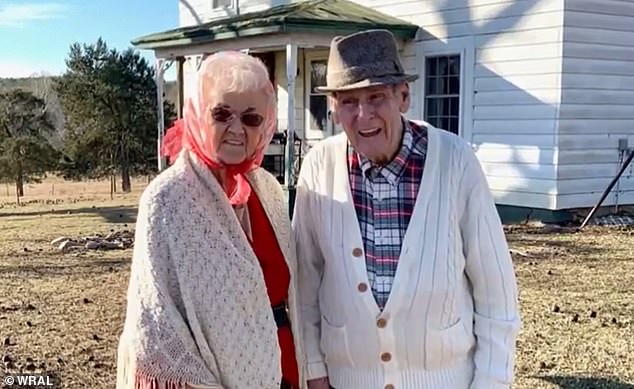 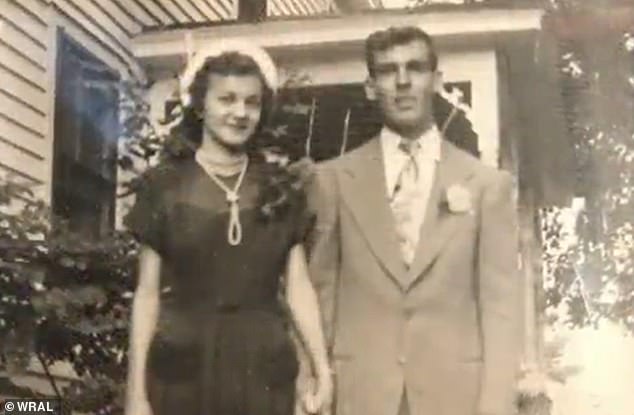 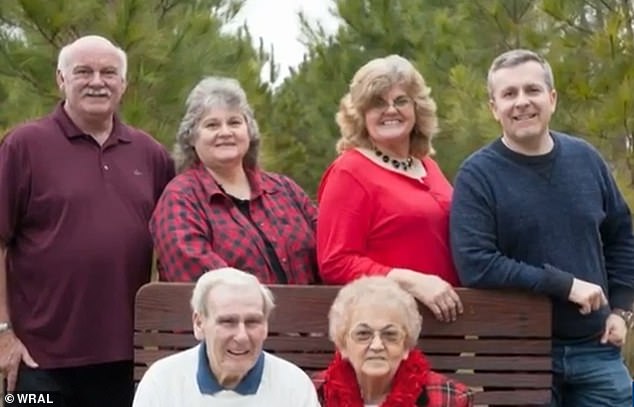 The couple had four children, pictured, and had just celebrated their 70th anniversary

The couple’s son, Les Atkins, told WRAL that the loss of both their parents in one day was similar to ‘being in the middle of both a horror movie and a beautiful love story’.

‘She told my sister that she could not imagine life without him,’ he said of his mother’s wish.

Les posted the couple’s heartbreaking story on Facebook, stating that they had ‘raised four children, ran a successful business with a high school education, and cared for so many in the community over the years’.

‘This quote from the movie ‘The Notebook’ sums up their beautiful story: ‘I am nothing special, of this I am sure. I am a common man with common thoughts and I’ve led a common life. There are no monuments dedicated to me and my name will soon be forgotten. But I’ve loved another with all my heart and soul, and to me, this has always been enough,’ he added

The couple married on the front porch of Kathleen’s family farmhouse in 1950, buying their own family home days later.

‘That’s just where life happened from them,’ Les said.

They ran their business Atkins Taxi and according to the family obituary, Ray ‘was known for his kindness to everyone he met.’ 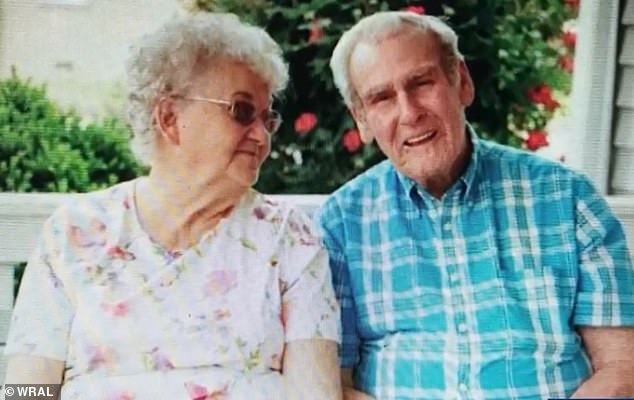 Kathleen told her daughter she could not imagine life without Richard 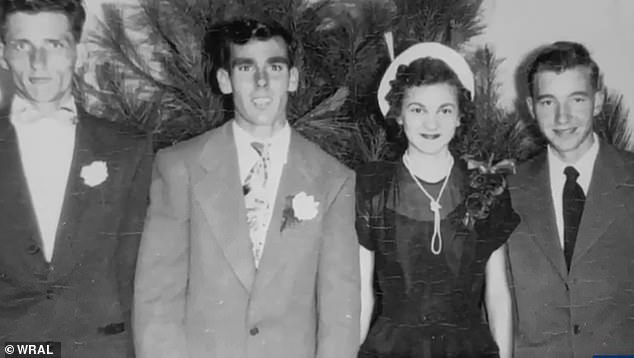 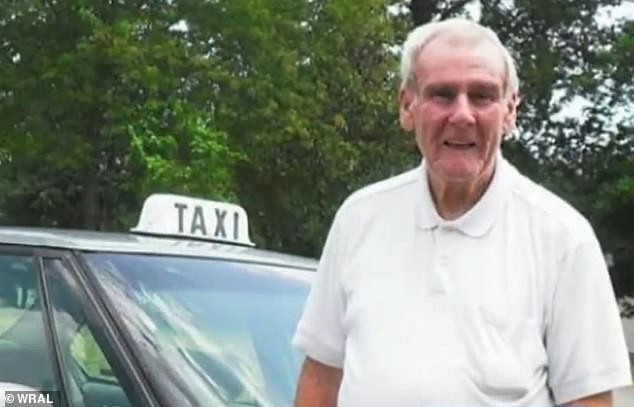 Richard was known in the area for his business, Atkins taxi

‘The two enjoyed life, always doing right by others and helping those they could,’ it added.

Yet two years ago, Ray was diagnosed with lung cancer which he could not beat off.

‘He continued to work. He did not want to give up working,’ said Les.

Ray was hospitalized with the illness in July but determined to make it home in time to celebrate his 70th wedding anniversary with his wife.

‘He called me and said, “I prayed to God all night and all day that I can leave this hospital, and I will be out of here in the morning.” This was the day before their anniversary,’ Les continued. 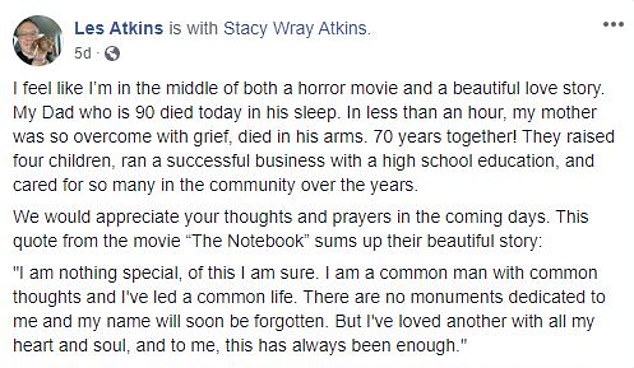 Their son Les shared their heartbreaking story to Facebook 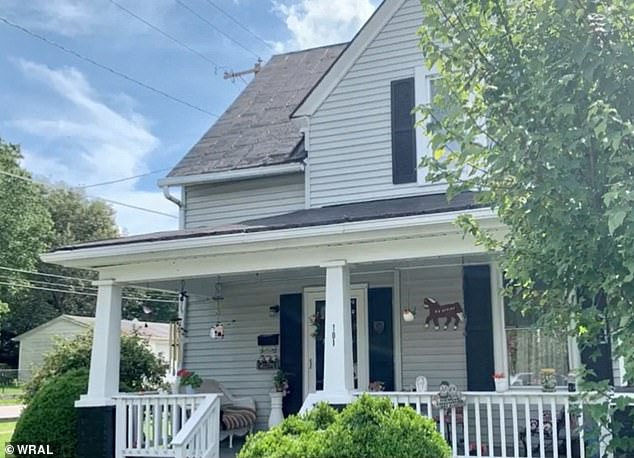 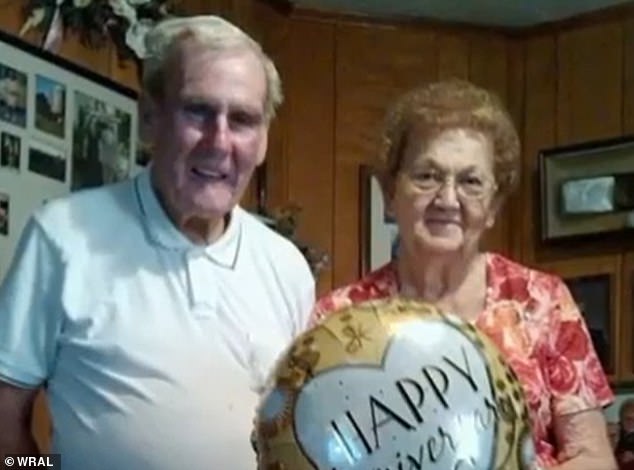 Richard has recently been in hospital but determined to make it out for their 70th wedding anniversary which the couple celebrated on July 22, just weeks before their death

While he made it home in time, 90-year-old Ray began to feel weak again several days later and one of Les’s sisters stayed with their parents to look after them.

In the early hours of the morning of August 4, she went to check on her father but found that he had passed away.

‘Then, within a matter of minutes, my sister called back and said my mom had crawled in the bed with him and was overcome with grief,’ Les continued.

‘They did not want to go alone. They had endured this life together. They had this strong faith, and they just refused to be apart. It’s a fairy tale in every sense of the word.’

Later as the family were sorting through their mother’s papers, they found another line of wisdom about their life together.

‘”Do the best that you can do.” I think that’s all they did for 70 years. They did the best they could do,’ Les said.