A women who suffers with type 1 diabetes has blasted nightclub owners after the bouncers tried to confiscate her insulin pen amid increasing reports of injection spiking.

The woman, who has asked not be named, was visiting the popular Coalition club in Brighton when staff carrying out a routine bag search said her insulin and blood testing kit would have to be taken away before she was allowed in.

Despite always carrying her insulin pens and kit, which contains her blood glucose monitor, testing strips and a lancet which is used to prick her fingertip, she was told all medication was being confiscated on entry following the rise in injection spiking cases.

It comes after a recent spate of reported spikings by women who claim they were injected with drugs or had their drinks spiked. 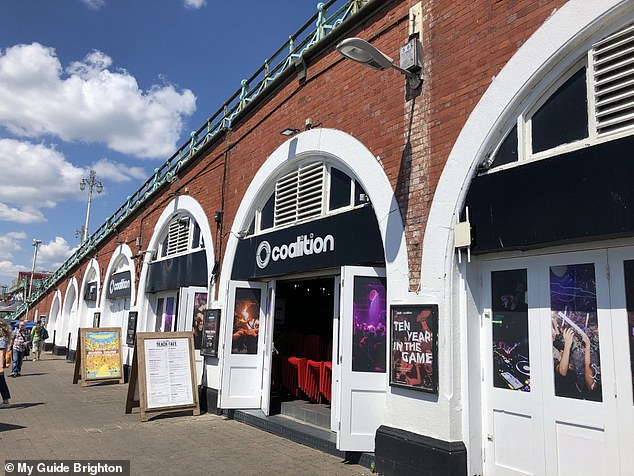 Four women claimed they were ‘spiked’ by injection and hospitalised whilst on separate nights out over the Halloween weekend. Almost 200 drink spiking incidents have been reported to police forces across the UK over the past two months.

Speaking about the incident, the woman said: ‘I was told that if I came in and I needed my insulin that staff could try and get it back to me in under 40 seconds.

‘I tried to say that it’s dangerous for me to be without it, but they just kept saying that if I came in, it would have to be confiscated.

‘In a busy nightclub it would be impossible to guarantee that my medicine would give back to me in a matter of seconds.

‘It was said to me that insulin pens are being used for spiking, but in my 20 years as a diabetic I have never been denied entry into anywhere because I have an insulin pen.

I’ve been on nights out in clubs since the needle spiking began, and I haven’t had my medication taken away from me.’

The woman, who was visiting Brighton for a holiday, said she felt ‘dismissed and discriminated against’.

A spokesman for The Pier Group, who owns the Coalition club on the seafront, said it is currently asking all customers who have medical items that involve needles to ‘voluntarily’ hand them over.

He added that the club would like to ‘apologise unreservedly’ if its staff were ‘over zealous’ in enforcing the policy.

He said: ‘I would stress that this is a voluntary measure – it is most definitely not a condition of entry. Between Monday and Wednesday this week around 10-15 people have voluntarily handed us their equipment for safe keeping while in the club.

‘We have had, we think, two people refuse, in which case they were obviously permitted entry anyway.

‘We’ve spoken to our door staff and if the customer in question was made to feel that handing in her devices was a condition of entry or if they were overzealous in dealing with her, then we apologise unreservedly – this was most definitely not our intention.

‘Under no circumstances would we be so thoughtless and inconsiderate as to attempt to ‘confiscate’ anything of this kind.’