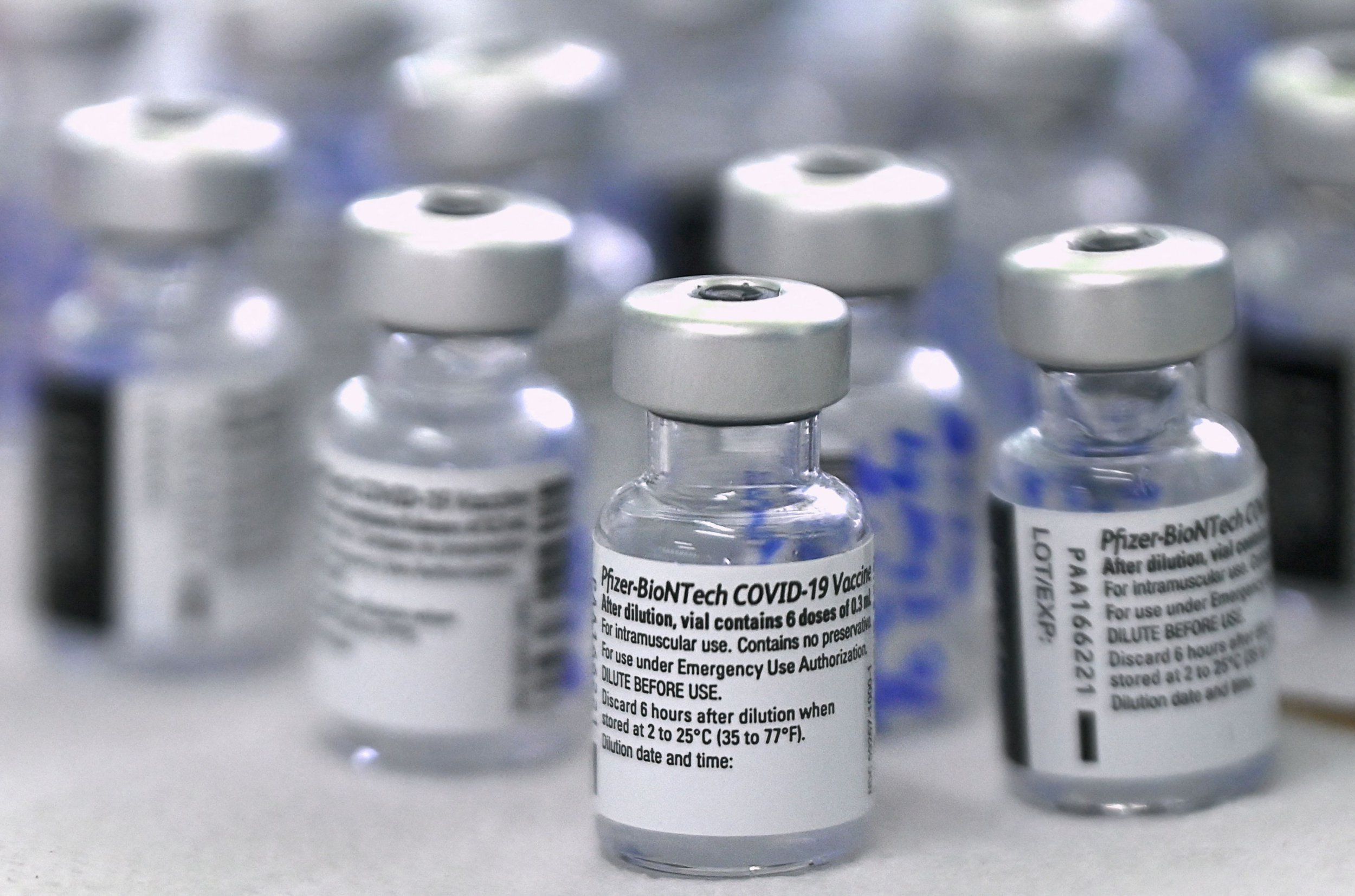 A woman did not suffer any side effects after being accidentally injected with six doses of the Pfizer vaccine.

The 23-year-old Italian student was kept in hospital for 24 hours after the nurse at the Noa hospital in Tuscany immediately realised her mistake and alerted doctors, the AGI news agency reported.

Instead of administering just one dose as usual, the nurse injected the whole vial – the equivalent of six doses.

The student received fluids and paracetamol as a precaution and was discharged from the hospital the next day in a stable condition.

A hospital spokesperson said doctors will monitor her immune response and take regular blood tests to see if a second shot of the vaccine will be necessary.

The young woman was reportedly allowed to receive the vaccine as she is an intern at the hospital. Vaccines became mandatory for Italian healthcare workers in April.

Dr Antonella Vicenti, from the hospital, confirmed the woman had no side effects from the large dosage.

‘The patient did not have fever and did not have any pain except for pain at the inoculation site, nor any other manifestations,’ she told CNN.

‘She was a bit frightened, thus we preferred to keep her here until this morning.’

Vaccine overdoses have happened before and did not end with any serious illness.

Dozens of prisoners in Iowa, US, received six times the recommended vaccine dose in April.

None of them were hospitalised, although many experienced side effects such as body aches and fevers, the New York Times reported.

According to vaccine expert, Associate Professor Nigel Crawford, overdosing incidents like these will not likely lead to adverse reactions.

‘I often say “you can’t have too much of a good thing” when it comes to vaccines,’ he wrote in The Conversation.

He said that even five or six doses is ‘still a relatively small amount and not likely to be harmful’.