Woman, 22, is warned she faces prison after she took cash and a mobile phone to Amsterdam to help an on-the-run killer who stabbed a teenager during a mass brawl at a boxing event

A woman is facing prison after taking cash and a mobile phone to Amsterdam to help an on-the-run killer who stabbed a teenager during a mass brawl at a boxing event.

Melisa Birkinshaw, 22, was told she is ‘extremely likely’ to be jailed for perverting the course of justice for helping Tyrone Andrew.

Andrew stabbed Reagan Asbury in the neck outside Walsall Town Hall in October 2017.

The killer, from Derby, fled to the Netherlands and then Spain but was jailed for 14 years in August last year after being found guilty of manslaughter.

Birkinshaw, who is also from Derby, pleaded guilty at Birmingham Crown Court on Monday and was bailed until a sentencing hearing on July 12. 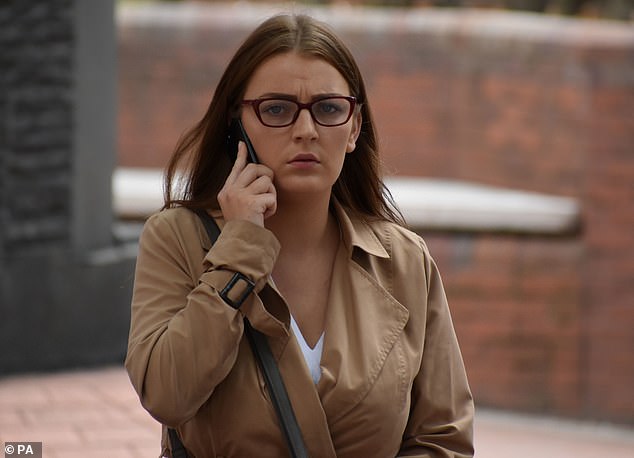 Melisa Birkinshaw, 22, is facing jail for taking cash and a mobile phone to Tyrone Andrew in Amsterdam. He had fled the country after killing a teenager during a mass brawl

She admitted doing acts intending to pervert the course of justice between October and December 2017 by permitting her bank account to receive cash intended for Andrew, and giving money and a phone to him.

Prosecutor Antonie Muller did not open the facts of the case but told Judge Simon Drew QC that two other defendants had already been jailed for perverting the course of justice.

Mr Muller said of Birkinshaw: ‘Once Andrew had made his quick escape to Amsterdam, she provided him with a phone and a lot of cash, permitting his further movement thereafter.’ 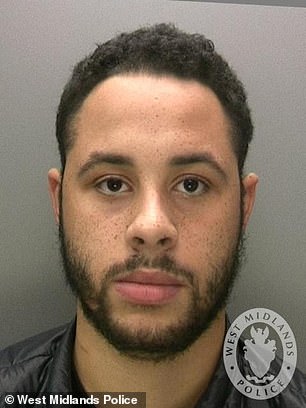 Birkinshaw was frightened of Andrew and had ‘got herself way out of her depth’ when she agreed to help him, defence lawyer William Bennett told the court.

Adjourning the case, Judge Drew told Birkinshaw: ‘I shall order the preparation of a pre-sentence report.

‘I do so for two principal reasons. The first is you have no previous convictions, and secondly the court needs to consider your background and circumstances in general.

‘A custodial sentence is extremely likely but I shall make a final decision on July 12.’

During the disorder, described by witnesses as like a scene from a Wild West film, chairs and tables were thrown inside Walsall Town Hall.

CCTV footage played to Andrew’s murder trial showed him running up behind Reagan and stabbing him.

Jurors acquitted the 22-year-old of murder after deciding he had not intended really serious harm when he severed an artery in Reagan’s neck.

Passing sentence last August, Judge Drew said the stabbing of Reagan was a ‘deliberate and focused’ blow aimed at an obviously unarmed victim.

The judge added that Mr Asbury, from Pelsall, West Midlands, was also facing away from Andrew, who claimed to have lashed out in self-defence while fearing for his life.