A WOMAN was horrified to discover that her chronic belly pains were caused by a metal clamp lodged in her abdomen.

Ezeta Gobeeva, 62, had been living with acute pain for years – something docs blamed on liver problems. 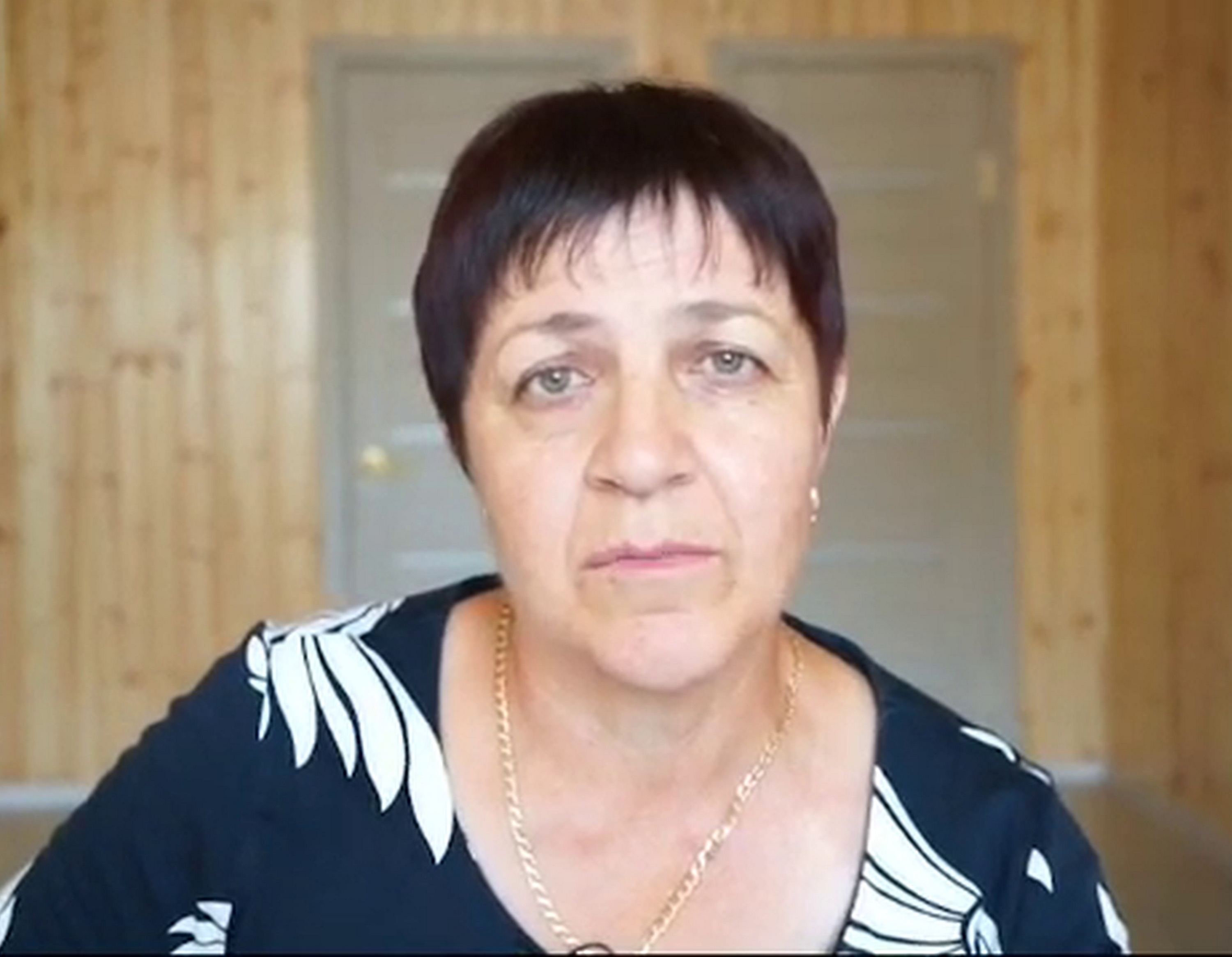 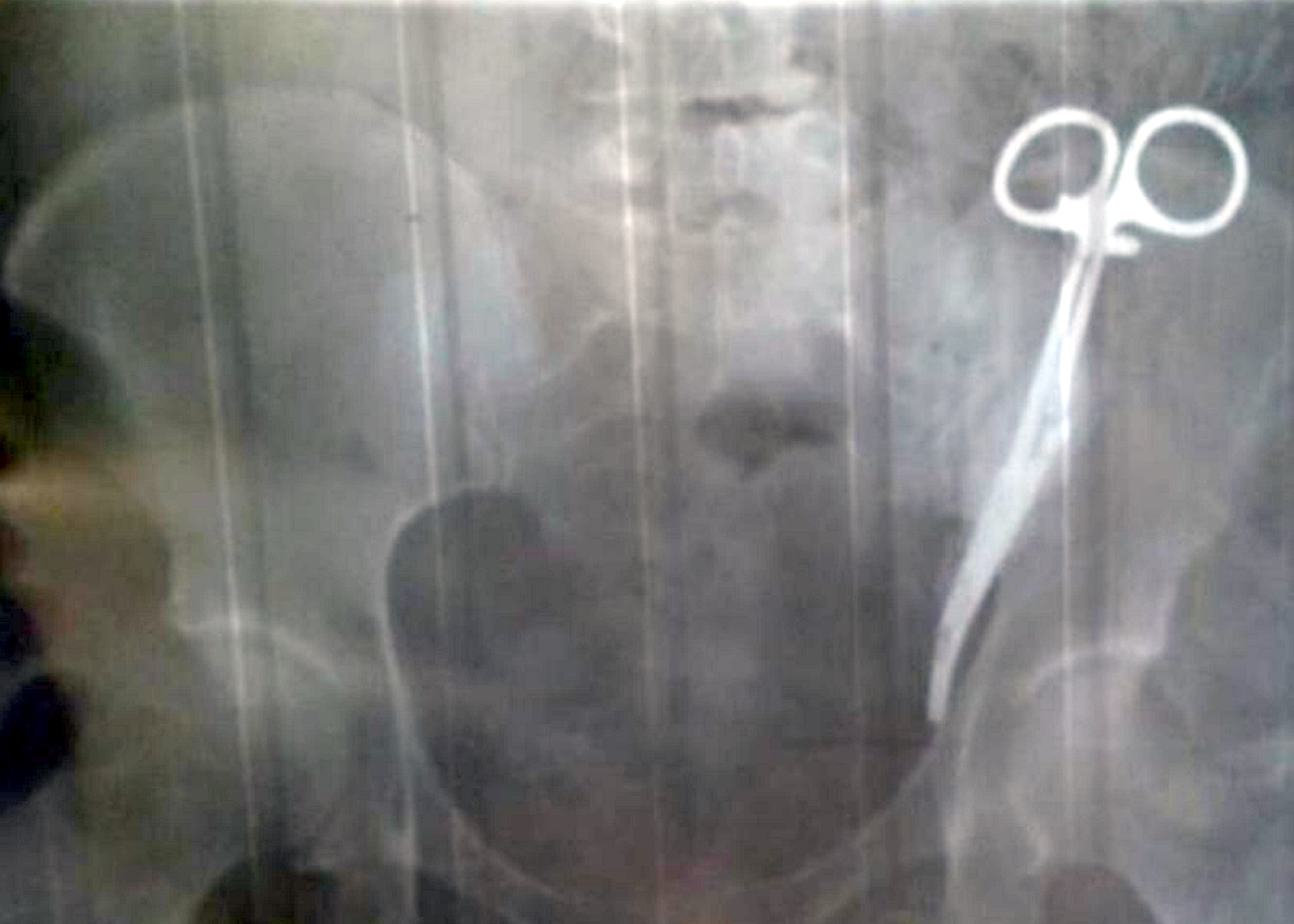 They packed her off with painkillers which seemed to do nothing.

"I suffered for many years, the pains were just terrible," Ezeta recalls.

"I had to take pills every night."

Her problems began when she had a Caesarian back in 1996.

When she finally went to  have an X-ray to find out what was causing the aggro, a stunned radiographer thought that she had a pair of scissors in her pocket – but soon realised that the metal implement was lodged in the patient's abdomen.

“She said – ’It shows scissors, you have scissors inside you’,” said Ezeta.

“She showed me the X-ray image… I remember nothing after that," Ezeta recalled.

“I was crying, I was in hysterics. For so many years I was tortured.”

It's believed that the woman, from North Ossetia, Russia, had the six-inch clamp inside her ever since she gave birth.

She still has the clamp but is currently preparing to have it removed in an operation.

Hope on the horizon

“These pains were hellish terrible. I am still on medication,” she wept.

The health ministry in North Ossetia-Alania region confirmed to Komsomolskaya

Pravda newspaper that an internal investigation is underway into the scandal.

Spokeswoman Irina Abaeva said: “The investigation is in progress.

“The minister is personally supervising the situation.”

The authorities are going to pay for all of Ezeta's medical bills.

Understandably, Ezeta is also hoping to get some financial compensation for the years of torment she's had to endure. 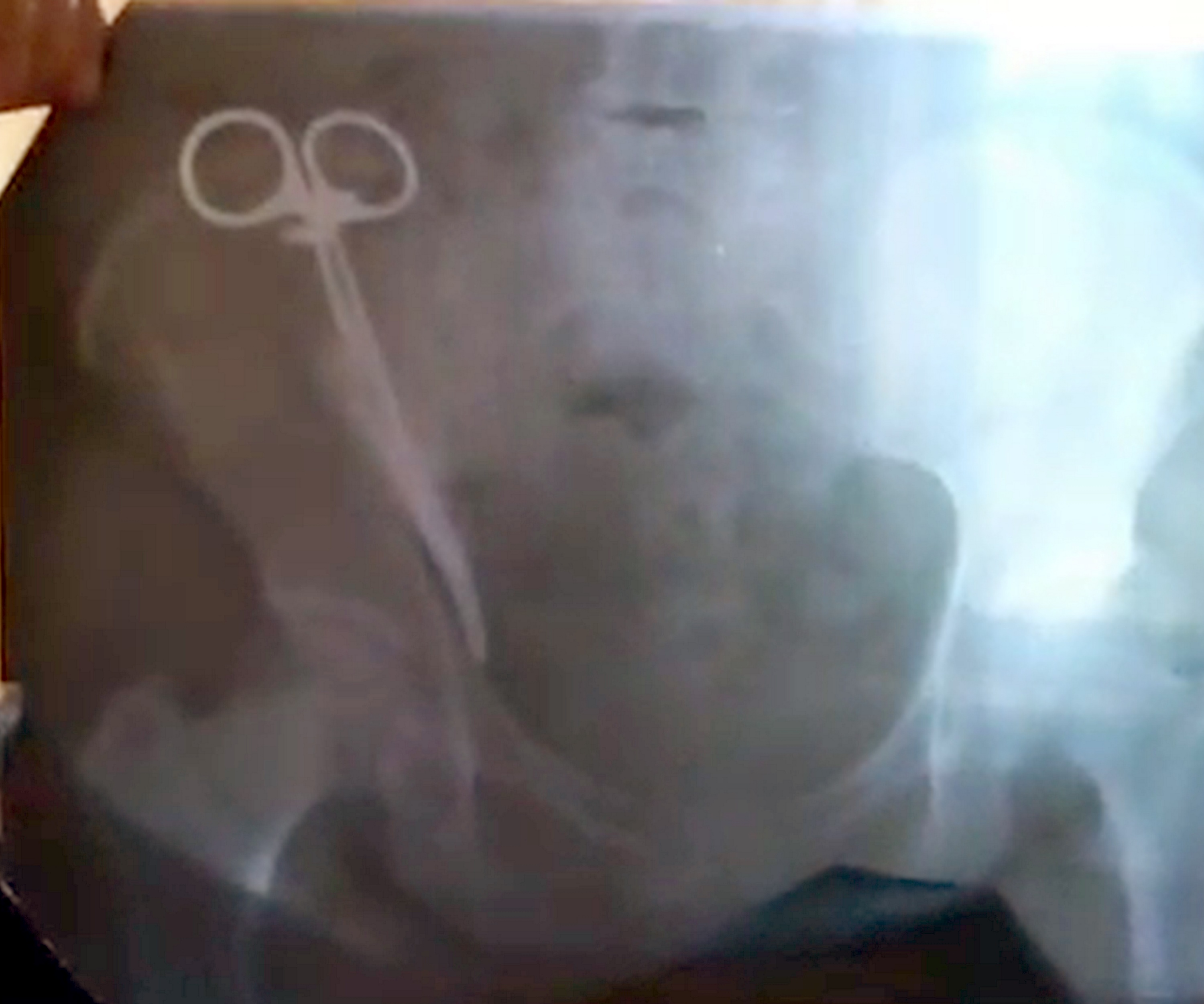 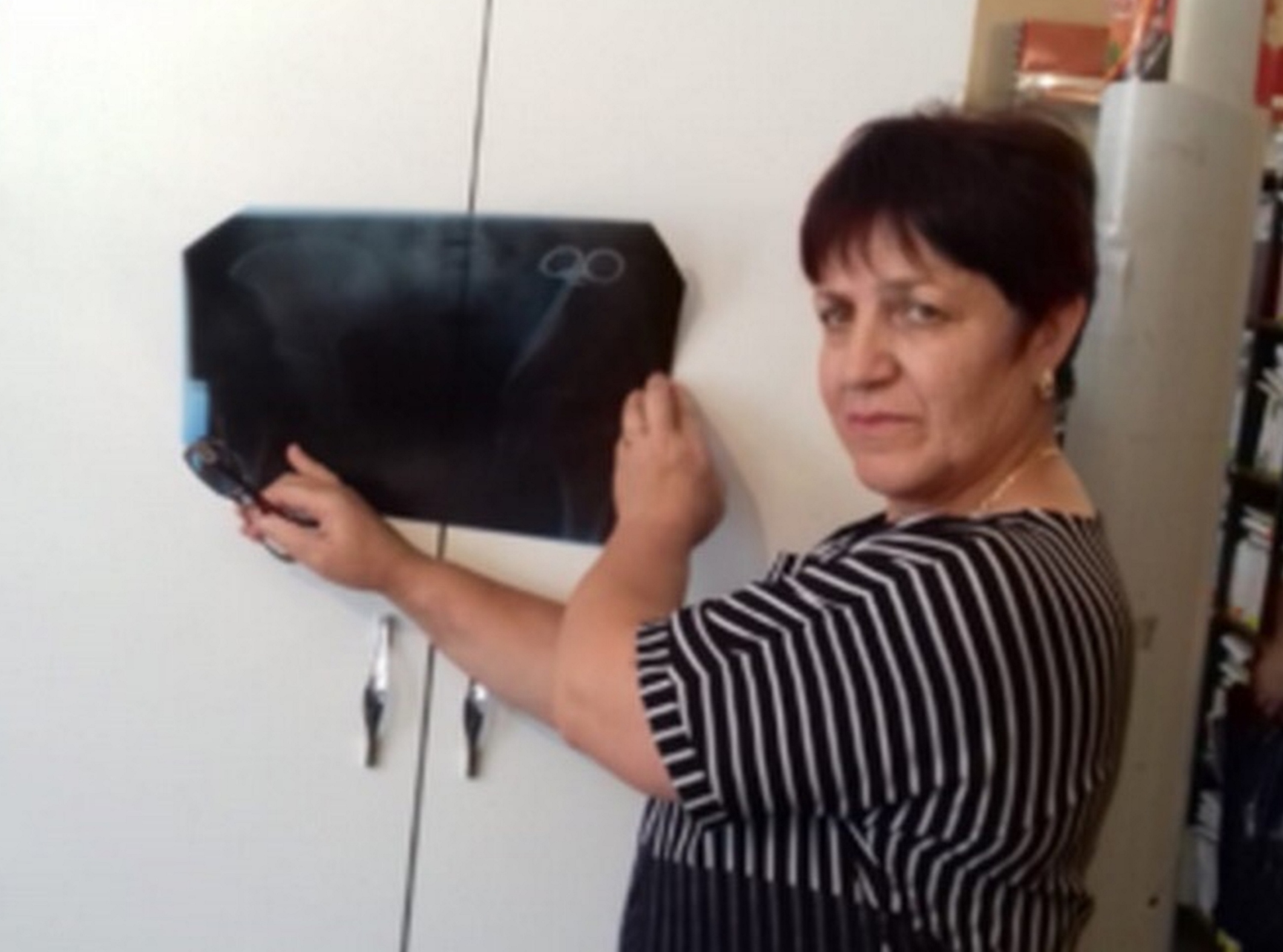 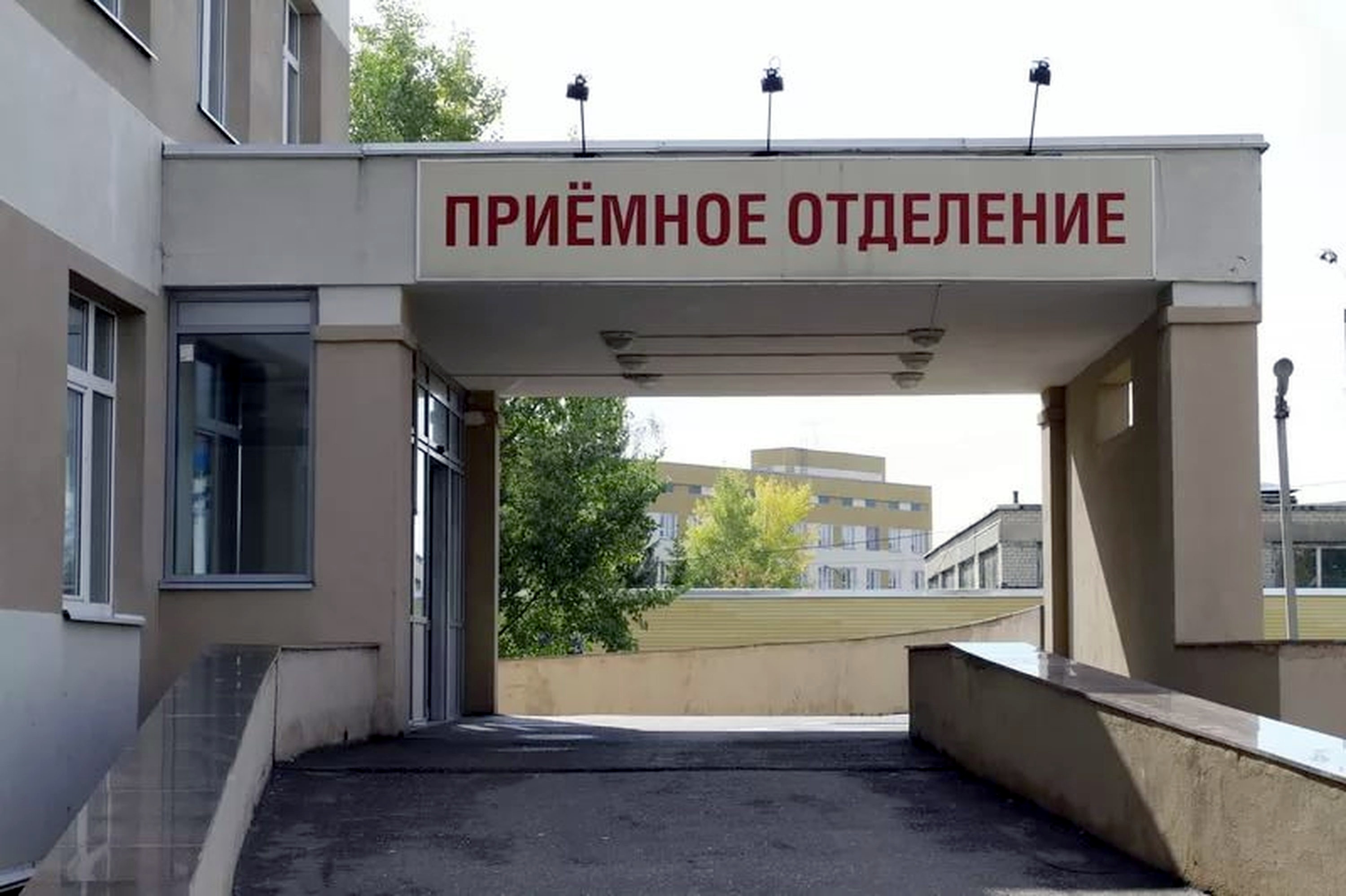