Women’s rugby and Commonwealth Games star Non Evans announces she is gay as she posts online: ‘It took me 30 years to say that – I didn’t want to upset my parents’

Former rugby player and athlete Non Evans MBE has revealed she is gay in a confessional post on Twitter.

The sporting icon, 46, has spent a lifetime competing in sport at the top level.

As well as rugby she has excelled in judo, Olympic Freestyle Wrestling, weightlifting and powerlifting.

She was the first woman to compete in three different sports at the Commonwealth Games. 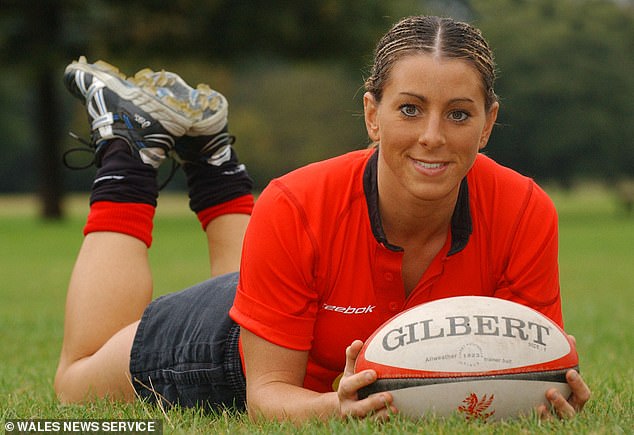 Welsh rugby star Non Evans has announced she is gay on Twitter. The 46-year-old said she has been thinking about coming out for 30 years but did not want to upset her parents

Now she has finally taken the plunge and come out as part of the LGBTQ community during her retirement from sports.

Non, of Swansea, Wales, suggested that she has been building up the courage to speak about her sexuality as the fear of her parents’ reaction held her back.

In a highly emotional series of Tweets, she said: ‘Please don’t judge me I am gay.

‘I have always wanted to tell the world that I’m gay. But I didn’t want to upset my parents x’

The posts sparked a wave of overwhelming support online – garnering more than 2,000 likes, and a flurry of support from social media users and sports stars.

Popular Welsh rugby referee Nigel Owens MBE, who himself came out as gay in 2007, beamed: ‘Lots of love x’

Phil Davies, who is a former Wales international rugby player, responded with a heart.

Ex-rugby player Siân B Moore, who is now the Lead Coach of Worcester Warriors Women, welcomed the announcement.

She said: ‘Sat here with a smile on my face, watching all the love roll in for Non Evans.’

Actor Mike Bubbins wrote: ‘I’m sure your parents couldn’t be prouder of you, Non.’

Pride Sports commented: ‘Hey Non, thank you for sharing that part of yourself with us.

‘People of influence sharing their truth can be so empowering for younger people, both in sport and outside of sport.’

‘What’s there to criticise?

‘But I can still imagine how difficult it was for you to talk, because of some aspects that remain.

‘Hopefully now you can feel any pressure you were putting on. X’

It comes a day after Evans announced the launch of an online service for female athletes who need help – after suffering with depression since leaving sports.

Evans tweeted: ‘I am an ex international rugby player for Wales I also went to the Commonwealth Games in Judo, weightlifting and wrestling.

‘I have suffered depression since I retired but now I am recovered. So I have set up an online process for any female athlete that needs help #recovey #women’

Evans made her debut for Wales rugby against Scotland in 1996 and won 87 caps for her country before retiring from the sport in 2010.

As well as excelling at rugby, the 46-year-old won silver medals at both the 1992 and 1996 Commonwealth Judo Championships.

She also represented Wales and competed at Commonwealth level in weightlifting and wrestling. 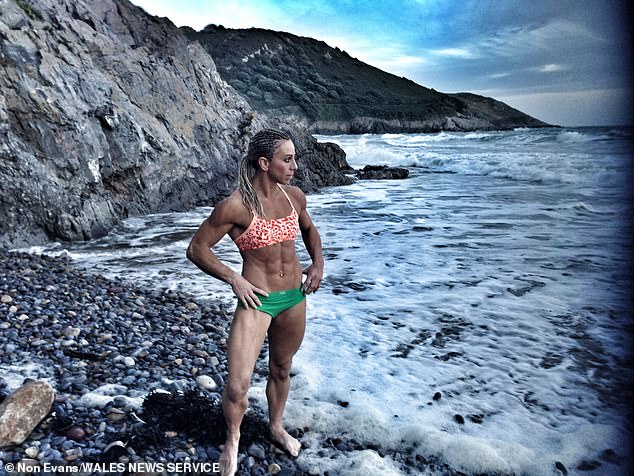 Evans, who competed at the top level of rugby, weightlifting judo and wrestling, has been praised for her courage after making the announcement on Twitter on Tuesday morning

Non, who is now offering paid fitness plans, was banned from driving for two years after failing to provide a specimen of breath following a car accident, in November.

She was handed a 12-week community order – with one requirement of a 10pm to 6am curfew – monitored by an ankle tag.

And the court ruled that Non, who has won 87 caps at rugby, has struggled with her mental well-being since retiring from the playing field in 2011.

Evans was forced to retire after suffering a detached hamstring while competing at the British Open Championships in February 2011.

Non came in at ninth place in the under 63kg class at the Commonwealth Games – where she became the first woman to compete in two sports at the same Games, in 2002.