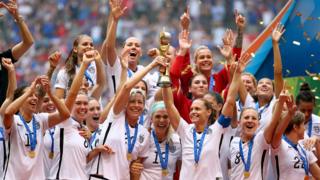 Women’s football is fast growing in popularity, with the global viewing audience for the Women’s World Cup expected to reach up to one billion.

But the players themselves are increasingly questioning the level of earnings and prize money they receive compared to their male counterparts.

Here’s a close-up look at the numbers and how much the players themselves might actually receive.

How is prize money awarded?

The winners in France will receive $4m (£3.2m), double the amount of the previous tournament in 2015.

In total, Fifa awards $30m (£24m) to the competing teams in the women’s tournament.

On top of prize money, each women’s team received a little over $800,000 for preparation costs and club compensation. The men’s teams last year each received $1.5m.

It’s frequently argued that this is linked to the difference in revenue generated by the men’s and women’s events.

However, Fifa says commercial revenues from the Women’s World Cup cannot be separated out from other Fifa competitions, as rights are often sold as a package. 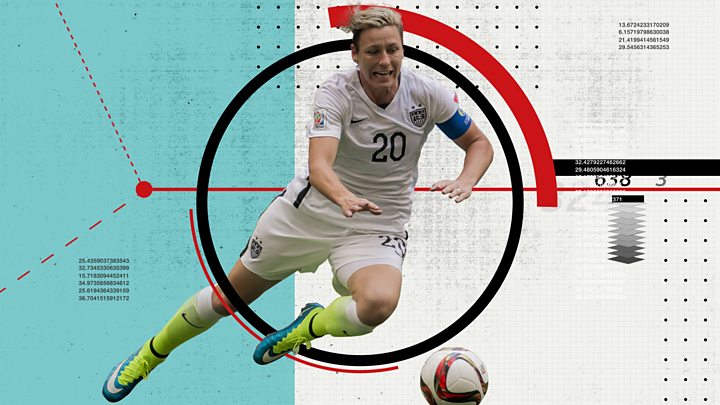 Do players get all the prize money?

Fifa gives the prize money not to team members but to the national federations, which can choose how much to give to the players and how much to invest in other areas of the game.

These arrangements are generally agreed with the players’ unions and not revealed publicly.

The Australian women’s team said it had bargained for a 30% cut of any eventual prize money.

Other football associations we spoke to were unwilling to discuss specific financial matters.

“At the end of the day, the prize money ends up being so small for the women compared to the men, that we see players relying more on sponsorships, club salaries or federation salaries,” says Caitlin Murray, author of a book on the history of the US women’s team.

According to the world players’ union, Fifpro, women footballers in western Europe might earn a monthly salary from their clubs of perhaps €1,000-2,000 and an allowance of €50-100 per day from their national FA when they are on duty with the national team. The very top players would earn more.

Players in poorer countries may receive very little payment from their national associations.

Fifa’s position is that the organisation is making significant progress in encouraging the women’s game.

Prize money “is only a small part of the investments FIFA is doing for the development of women’s football around the entire world,” says Sarai Baremen, its Chief Women’s Football Officer.

Over the next three years, Fifa plans to invest $400m-$500m directly into the women’s game.

In the United States, the women’s team have taken legal action against the national football association over equal pay issues.

The Australian players’ union has called on Fifa to reward male and female players equally.

The Nigerian team staged a sit-in protest at a hotel in 2016 over outstanding payments, after winning the Women’s Africa Cup of Nations.

A 2018 deal in New Zealand led to the men’s and women’s teams receiving the same payments and equal prize money while representing the national team.

In Norway in 2017, men and women started to receive the same pay for representing their country.

And the Dutch FA recently came to an agreement that will see commercial compensation for players grow, eventually aiming to match those of their male counterparts between 2021 and 2023.

Vivianne Miedema, on behalf of the Dutch players’ council, said “we are very satisfied with the new agreements” which are a step “towards an equal appreciation for both men and women.”

Send us your questions