A MAN is fighting for his life after a double stabbing in North London.

The victim and another man were taken to hospital suffering knife wounds. 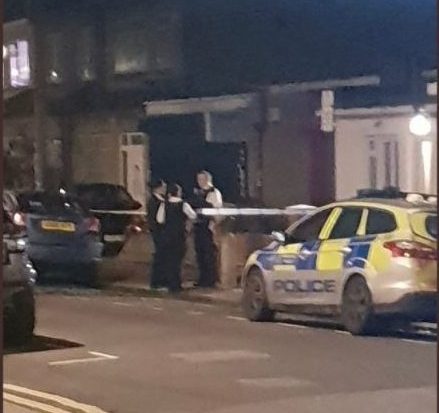 Police were called to reports of people fighting and there was also a damaged car found at the scene.

The other man's condition is not considered to be life-threatening.

Police have appealed for more information.

A statement from the Metropolitan Police said: "Police were called to Vincent Road, Wood Green, at 20.09hrs on Friday, 22 February to reports of a group of people fighting.

"Two men, believed to be aged 19 and 20, were found with stab injuries.

"A damaged car was also found at the scene.

"The two men were both treated by paramedics before being taken to hospital.

"The condition of the 19-year-old has been assessed as life-threatening.

"The condition of the 20-year-old has been assessed as non life-threatening.

"A crime scene has been put in place in Vincent Road, which has been closed to traffic.

"There have been no arrests. Enquiries continue."

Monster gave Angel a life sentence but he'll be out in two years, say family

Excluding those killed in terror attacks like London Bridge, Westminster and Manchester, there was still a 12 per cent rise in murders — the highest numbers in a decade.

The total number of offences involving a knife or bladed instrument that have been recorded by cops in the year to March 2018 rose to 40,147, a seven-year-high.