Belgium’s loss to Morocco on Sunday didn’t go over well at home.

Riots broke out in several cities in Belgium and the Netherlands on Sunday night following Belgium’s 2-0 defeat to Morocco at the World Cup in Qatar.

About a dozen people were detained by police in Brussels, who used water cannons and tear gas to disperse crowds, according to The Associated Press. Eight people were detained in Antwerp, and two police officials were injured in Rotterdam after soccer fans allegedly “pelted police with fireworks and glass.”

Among other things, cars on the streets were pelted with bricks, flipped and torched, and electric scooters were set on fire. Subway and tram traffic was briefly interrupted in multiple cities, too.

According to Brussels police, "dozens of people, including some wearing hoodies, sought confrontation with the police, jeopardizing public safety" before the game ended. pic.twitter.com/LvjmKoG6f5

"The police are doing everything they can to keep the peace.," Brussels Mayor Philippe Close (@PhilippeClose) said.

"I have directed the police to arrest all perpetrators." pic.twitter.com/dEXC3VsAv4

“Those are not fans, they are rioters,” Brussels mayor Philippe Close said, via Yahoo Sports Australia. “Moroccan fans are there to celebrate. I condemn in the strongest terms the incidents of this afternoon.”

Morocco picked up just their third win ever at the World Cup on Sunday with a late goal from Romain Saiss in the 73rd minute and then another from Zakaria Aboukhlal in extra time. The country’s last win at the event came in 1998.

Belgium is now at risk of being knocked out in the group stage. Belgium will take on Croatia on Thursday in their final Group F game, a match they must win in order to advance. 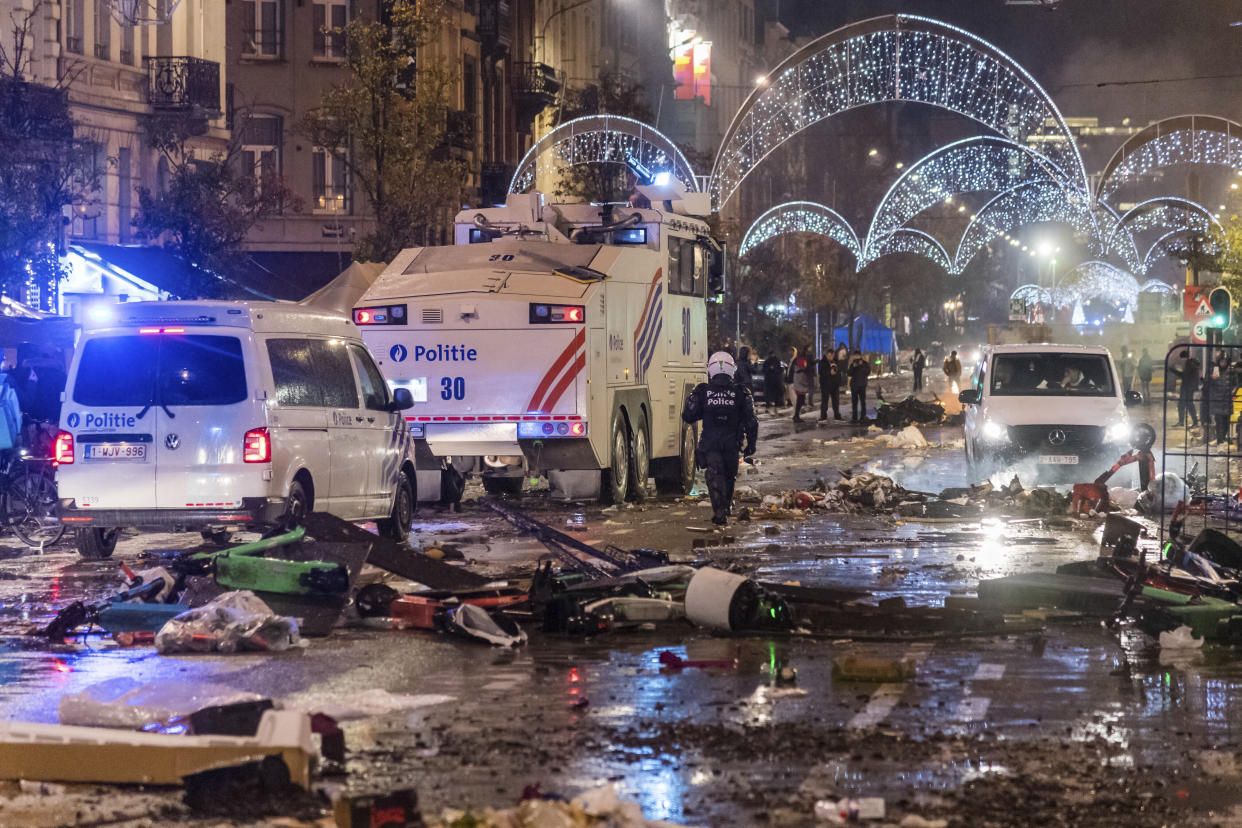