Shocking footage has shown the terrifying moment a US military vehicle crashed into an armoured Russian truck in Syria. In a tense moment caught on camera, the two vehicles collided with each other while pedestrians can be seen fleeing from the roadside. The collision was filmed by local Syrians in Qamishli in the north-east of the country on Wednesday.

In the video, two US military vehicles and a convoy of three Russian trucks can be seen jostling for space on the highway.

At one point, the Russians attempt to overtake the Americans, including the Oshkosh M-ATV involved in the collision.

However, US troops respond by trying to block their move before sending the 4×4 Tigr jeep off the road.

The two trucks appear to hit one another during the tense moment as a civilian nearby can be seen desperately running out of the way to avoid being hit. 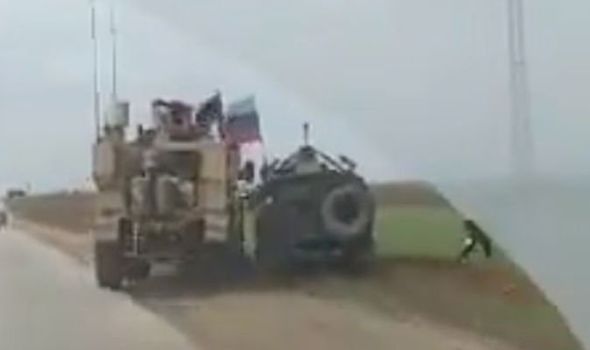 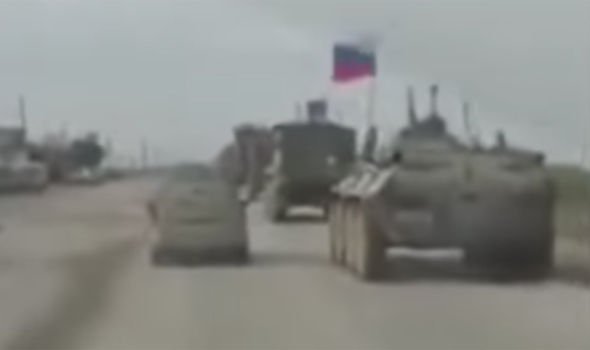 Narrowly evading a more serious collision, both vehicles stop on the side of the road, each with a Russian and American flag, and one of them honks.

US Central Command has confirmed the incident took place, adding that the clash was under investigation.

“The Coalition’s goal is to de-escalate any unplanned encounters with other forces operating in northeastern Syria. The videoed driving incident is under review.” 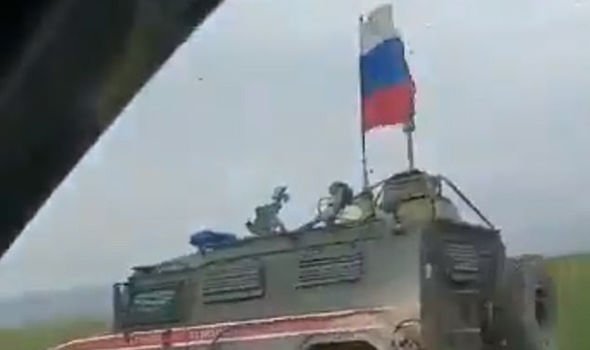 Russian Senator Vladimir Dzhabarov said that such incidents “risk leading to bad consequences” as “the Americans are asking for trouble.”

The lawmaker said that the US and Russia should notify each other about convoy movements to avoid tensions.

He also sent a warning to Washington: “They should not provoke us to respond, otherwise it will end badly. I believe wise-minded people in the Pentagon should think about that.” 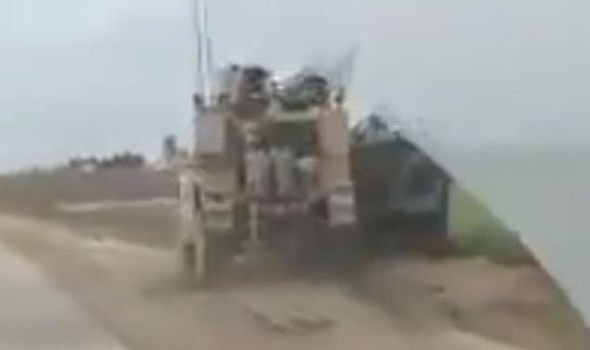 In February the US stepped up warnings to Russia over its Syria policy, saying Moscow was trying to challenge America’s presence in northeastern Syria by violating the terms of a de-confliction agreement.

The Americans also criticised the Russians for trying to help escalate the fighting in the northwestern province of Idlib.

James Jeffrey, US special envoy for Syria engagement and fight against Islamic State, said clashes with Russian troops were “on the rise”.

President Donald Trump has kept around 600 troops, largely in northeastern Syria to continue the fight against Islamic State.